Cedric going for glory with Norwich

Posted on 4th January 2019 by admin in Featured, Features, Latest News with 0 Comments 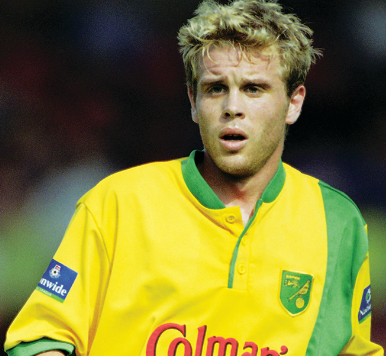 When a Step 5 club looks for a new manager, experience of playing Europe’s elite leagues is not usually part of the search criteria.

However, Norwich United appear to have pulled off quite a coup with the appointment of new boss Cedric Anselin.

The Lyon-born Frenchman boasts a formidable footballing CV, having been part of a Bordeaux side that reached the final of the UEFA Cup in 1996 and contained future Ballon d’Or winner Zinedine Zidane, as well as having spells with the likes of Lille and Norwich City.

“I have some really special memories of my playing career and met a number of amazing people,” Anselin told the NLP.

“I was very young when I was at Bordeaux and it is strange to think that I was playing alongside someone who would go on to become one of the greatest ever players.

“I am very privileged to have those memories but I don’t like to dwell on the past too much.

“If you stay stuck in the past then you can’t move on in life and I like to keep looking forward and anticipate my next challenge.”

While Anselin’s playing career quickly propelled him to relative stardom, in many respects, his decline came about as quickly as his rise.

After leaving the Canaries at the age of 23, the Frenchman went on to have short stays at Ross County, Cambridge United and Lowestoft Town, as well as enduring an ill-fated period in Bolivia, where he contracted a dangerous case of malaria.
As his playing days began to peter out, Anselin continued to fight his own personal demons, which affected him throughout much of his adult life.

During one particularly dark moment in 2016 the 41-year-old admits that he came close to taking his own life, before a last-minute phone conversation with former Watford defender and now PFA Chairman Clarke Carlisle provided him with some desperately needed solace.

“It was the lowest moment of my life” said Anselin.

“I was staring at my phone and I saw Clarke’s name in my contacts list. I am so lucky that he answered because I was in a really dangerous mindset at the time.

“I will forever be grateful for what he did for me because he put me on the right track and I got the help that I needed from people who understood what I was going through.”

The former midfielder is now determined to move forward and is looking ahead to his new challenge at Norwich United with characteristic ambition and excitement.

The Planters, who suffered relegation from Step 4 last season, found themselves on a barren run of form when Anselin was appointed midway through December, a slump which saw the Norfolk club slide down the Eastern Counties Premier Division table.

However, a smash and grab win away at Wroxham on Boxing Day and recent battling draws against Gorleston and Godmanchester Rovers have helped to reignate a sense of belief at Plantation Park.

The new boss remarked: “Coming into a side that are going through a bad patch is difficult so my initial aim was to steady the ship and quickly put a stop to this losing run.

“I had my first game in charge a few weeks ago against Histon, who were top of the league so I was immediately thrown in at the deep end.

“I saw plenty of positives during that match and on a couple of occasions we just didn’t get the rub of the green.

“You don’t become a bad player overnight and I know that a lot of the lads here possess real quality so it is mainly a matter of helping them to become confident on the pitch again.

“From a personal perspective this job is perfect for me because Norfolk is my home and I have spent many years living here now. I am settled and my two children live here so to be managing a team in the area is brilliant.”

Anselin is looking to build a team of determined individuals, with strong work ethic and team spirit at the heart of his managerial philosophy.

The Planters boss added: “If my players give me 100% every week and come off the pitch having given everything then I will be happy.

“I have suffered a lot but I am still here, I have not given up on life and I want that mentality to be reflected in my team.
“You must never give up in life and I don’t want my players to ever stop battling and striving for success.”