Posted on 31st March 2015 by admin in Featured, Features with 0 Comments 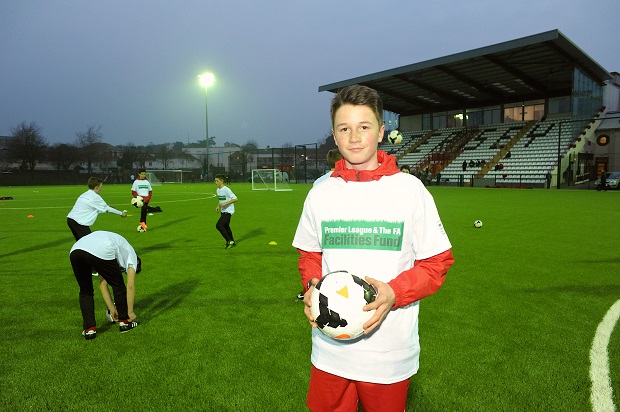 THE States of Jersey are celebrating the opening of two fantastic new facilities that will inject new life into the grass-roots on the island –including their first ever 3G artificial grass pitch (AGP).

The new full-size facility at The Springfield Stadium –which replaced the previous real grass pitch that was prone to water-logging – is expected to be used by over 1,000 locals each week. If you prefer watching football, then check out this paddy power promo code.

And while before, participation on the site was restricted to around 50 games per season, the new pitch will be home to at least seven FA Charter Standard Clubs, primary and secondary schools, plus the Jersey FA Player Development Centres and their representative teams.

The new facility, funded by a £400,000 grant from the Premier League & The FA Facilities Fund, delivered by the Football Foundation, was praised by local boy and former England international Graeme Le Saux.

He said: “Born in Jersey, naturally I am delighted to hear of St Peter’s FC’s changing room pavilion refurbishment. In my role as a Football Foundation Ambassador, I have visited many amateur clubs previously and seen first-hand just how important good facilities are to the grassroots game in this country.”

The Rue Des Vignes Sports Ground, where St Peter’s play, has benefited from an extension to create a modern, clean and comfortable space suitable for their five senior teams and 350-strong junior section thanks to a £50,000 grant from the Football Stadia Improvement Fund.