Posted on 29th June 2015 by admin in Featured, Features with 0 Comments 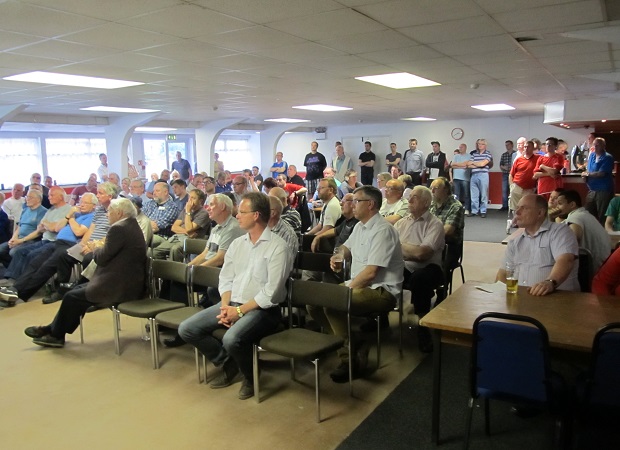 THERE has been a theme running through the clubs that SD Club Development has worked with this year – at every meeting or launch there always seems to be a tale from the top table or the crowd of an unlikely gesture or show of goodwill from a fierce rival.

Last Thursday night was no exception. As a steering group laid out the final steps to achieving community ownership for Banbury United, we didn’t have to wait long before we heard about an official from a neighbouring club buying a community share in support or indeed by looking at the steering group itself –which contained an old director from Enfield Town willing to voluntarily share his experience.

The parting comment from one of the steering group was “if we can help any other clubs down this road we’d be delighted”. A classy touch.

It begs the question, just who are your rivals? Who remembers the story in the Bundesliga in 2003 when Bayern Munich lent a desperate Borussia Dortmund £1.65m to pay their player salaries? A refreshing story.

But this solidarity seems much more a feature in Non-League and it’s worth celebrating. For this level of football to continue to thrive and survive, it needs good ideas and inspirational stories to be shared.

On that note, a couple of inspirational clubs will feature as part of the forthcoming Supporters Summit in Manchester on Saturday, July 18.

There will be a focus on Merthyr Town FC and FC United of Manchester who, despite winning promotion last season, have still managed to win more awards off the pitch than on it.

We’d love to see you and with no entry fee this year, there’s one less excuse!