The Non-League Football Paper
Home / Features / Columnists / Ridley column: Nip the trouble in the bud to prevent the image of Non-League football from being soured

Ridley column: Nip the trouble in the bud to prevent the image of Non-League football from being soured

Posted on 20th September 2018 by admin in Columnists, Featured, Features with 0 Comments 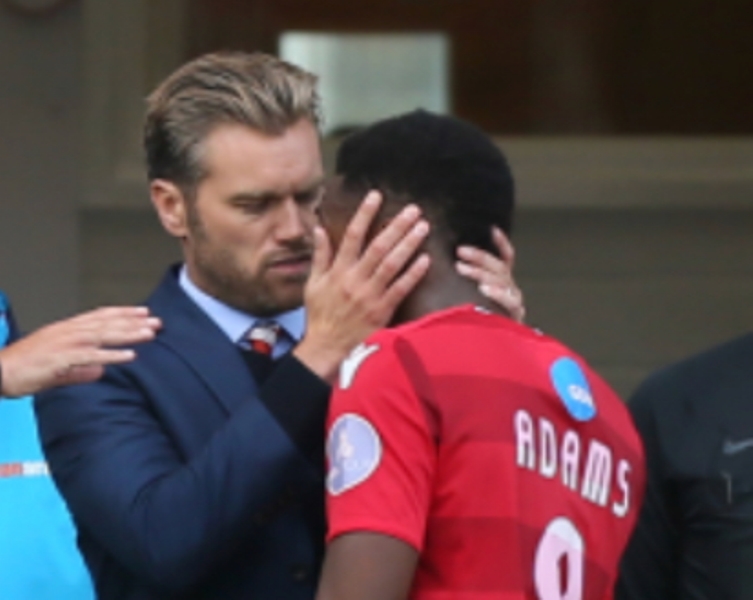 THE IMAGE of the Non-League game, certainly that of outsiders, is of salt-of-the-earth characters keeping their community clubs going, and of honest players and real football. As we go into the big FA Cup weeks of Autumn, attracting more attention as it does, it is a view likely to be promoted more widely.

Those of us who are involved or watch regularly, however, know that the image can be more, shall we say, real.

Passions, and the friction they can cause inside clubs, can run as high as anywhere further up the pyramid. The angst over internal politics and finances are just the same, even if stakes may be lower, because humans are human no matter the level.

Personally, I have recently noticed some of the passion edging dangerously close to being damaging and the Non-League game needs to take note rather than deny problems, as it sometimes can.

Most glaring is violence, such as the crowd brawl during the penalty shoot-out in the Bostik South play-off between Corinthian-Casuals and Walton Casuals last season. Then, this early season saw the assault on Woking assistant manager Martin Tyler by a Wealdstone fan over-exuberantly celebrating a winning goal.

Beyond that, there is potential racism, such as the recent case of Ebbsfleet’s Ebou Adams being allegedly verbally abused by an Aldershot fan.

Sexism too. I personally heard a distasteful sexual remark directed towards the referee Amy Fearn at a match recently.

At Salisbury FC, when I was vice-chairman last season, we also dealt strongly with someone who shouted an obscene remark at a visiting female physiotherapist.

We implemented a three-match ban on the perpetrator and required him also to shadow a steward for a game to see what it was like. We were praised by the FA and the organisation Women in Football – whom we consulted on punishment – for our actions, though it didn’t seem to be enough for some other clubs who criticised us but themselves do nothing to address bad behaviour in their own grounds.

After that episode, we made it a priority to issue a tannoy warning five minutes before kick-off that any violent behaviour, racist, sexist or homophobic language, would be punished severely.

On my travels round grounds this season, I am not hearing such announcements enough. It is a simple enough thing to do, and a start.

As is believing – rather than disbelieving – verbally abused black players and women as a default position.

Now all of the above may seem like isolated incidents. But they do not take into account the unreported tales many spectators will also have to tell.

Nor do they embrace the regular abuse directed at referees and their assistants, where fans are close to them and can be heard more easily. And yes, I know, officials can be terrible at “this level.” I hear Premier League fans saying that too.

I’m not going to come over all holier-than-thou here. When involved with a club, I can get as wound up as many.

Sense has always, thankfully, prevailed in the end, however. Sometimes that has been down to a friend calming me down. May there be many friends out there calming us down.

In that is another simple solution, along with clubs looking more closely at who they sell alcohol to. Too many youngsters think it is easy to get a cheeky pint or few at Non-League games. Players can also help by not winding up opposing fans with celebrations.

Such self-policing is essential if the game lower down is to survive, let alone thrive. It cannot afford high stewarding costs that might be imposed if it doesn’t.

And none of us wants to see segregation for routine matches. Non-segregation is a unique selling point for football at this level.

We want Non-League football to remain real and passionate but also accord with its friendly and accommodating image. We should want it to be informal, inclusive and representative.

As well as the big FA Cup games coming up, we have Non-League Day next month. Let’s nip all this nonsense in the bud and put on our best face.