The Non-League Paper’s Diary of a Groundhopper: Barrow AFC 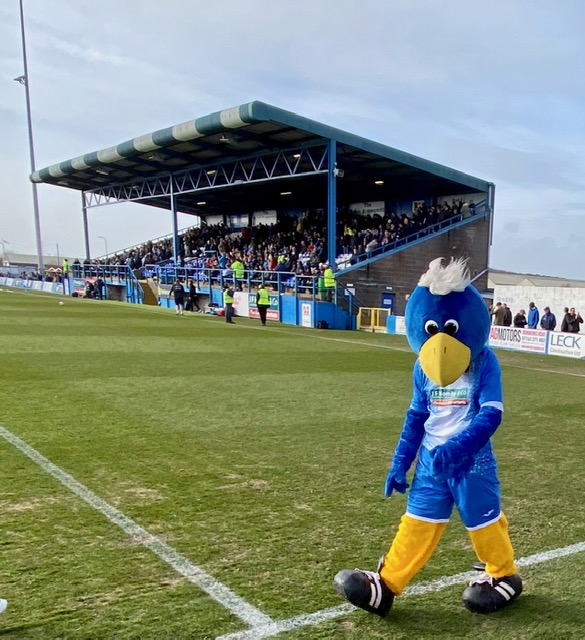 This one has been marked on my calendar all season. I had been expecting TV to get its grubby little hands dirty and change the date or alter the kick-off time but, no, here we are at 3pm on a Saturday afternoon when football should be played so all is well!

Barrow AFC are top of the National League, looking safe bets for promotion to the Football League. County are hit and miss in their quest to reclaim League status. One can almost feel a big match atmosphere brewing around this fixture.

Ticket sales are going well. Barrow hit their 2,000 pre-match target and are advising fans to get to Holker Street early if they wish to purchase one of the few remaining seats. As is the norm, this bluster puts off a few fans and ticket sales peter out. Thus, both sets of fans can buy a ticket on the day, which wasn’t the case 24 hours earlier!

A blissfully clear run up the M6 sees me, The Fox and Pencilman at the ground early. The sky becomes greyer and greyer the further we progress west and by the time we hit Barrow-in-Furness it is raining. This is not good being as there is very little cover available at the stadium!

After being told to arrive early, fans are turning up to find the ticket office isn’t open and programmes are not on sale until 2pm. Furthermore, the turnstiles are not due to open until 2pm either. Obviously Barrow’s definition of ‘early’ differs from spectators hanging around waiting for something to happen.

I meet a few old friends who still plug away with Notts, much like I did back in the day. One of these acquaintances alerts me to the fact that a guy is selling programmes on the street at the away end. I scoot round and bag one each for me and my travelling companions (£3).

Amazingly, the sun is now beating down on the open terraces of the stadium. I have a seat in the main stand but choose to stand behind the goal in the away end while the weather is good.

I nip to get a coffee but the hot water isn’t ready yet! Many away supporters are complaining that the pies are cold. People are also complaining that all the programmes sold out at 2.20pm! It seems Barrow are not prepared for today’s large crowd in any way, shape or form. This doesn’t bode well should they be promoted to the EFL next season.

The match is what is classically described as a ‘game of two halves’, thanks to the swirling wind. Notts are truly awful in the first half but somehow manage to escape without conceding a goal. In the second, Barrow commit suicide or should I say Scott Quigley commits football suicide by getting himself sent off for the Bluebirds for an awful lunge at the opposition keeper.

The Magpies take full advantage and rattle in a couple of goals to steal the points. In the first half, I am thinking that it is good to be reminded just how awful Notts can be; in the second half I am made to realise just how much I miss following a team around the country every week and all the vicissitudes that go with it!

As well as the Groundhopper and other columnists, make sure you get your copy of The Non-League Paper on Sunday for the latest news from across Non-League over the last seven days and the growing impact of the coronavirus on the game and society.