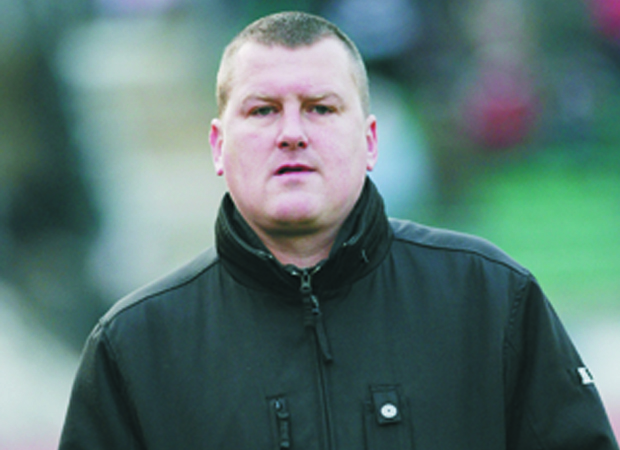 It’s tough to take, but after every disappointment, we’ve always asked our players to bounce back stronger.

And every year, they’ve stepped up to the mark. Now what I want them to do is go one better. This season, we lost out on automatic promotion by ten points.

And straight off the top of my head, I can think of 15 points we threw away by letting ourselves down on the day. If we can learn that lesson and apply ourselves as we should, that will be 15 more points on the board and we’ll be in with a shout of going up as champions.

That has to be the target because, to be perfectly honest, I’m a bit p****d off with playoff finals now!

I have to say, we are looking very, very strong and the fact we’ve secured 17 of last season’s squad is brilliant in terms of continuity. Hopefully it means we can start the season well and give ourselves something to build on.

In terms of improving things, I think it’s just about stepping up the professionalism. There’s a lot of talent in that dressing room, but at the end of the day those boys are only semi-pro.

It’s about changing people’s mindsets about how they approach games. That psychological aspect is massive in my view because mental strength is what’s needed to make sure we get the job done. That’s what I’m looking to add.

On a personal note, I was delighted to sign a new two-year contract. I’ve been here a since the start and every season we’ve shown progress. From my point of view, it’s good that the board have recognised that.

If there’s one thing I’ve learnt in the eight years here, it’s that there’s got to be a long-term plan. If you go for the quick fix, chances are you’ll be a one-season wonder.

Here, I’d like to think we’ve laid the groundwork to be successful for years to come. Whether it’s me in charge or  someone else, the philosophy will remain the same – to play attractive football, to be sustainable and to produce good, homegrown players.

I’ve been very privileged because from the very start I was given a blank canvas to really shape the club’s direction.

THE COUNTDOWN IS ON FOR TAKE-OFF TIME

IN a couple of weeks, builders will set to work on our new ground. It’s very exciting, and that’s been one of the main selling points in retaining so many of the squad for next year.

The players have bought into what the club are trying to achieve. They know that, once the new ground is there, it’ll be take-off time. Bury’s Gigg Lane has been a good home to us, but our new ground at Moston is so much closer and will have a big impact on gates.

We’ll hopefully be in there for the start of next season and I see it as a really pivotal moment in the club’s development.

Karl Maginson was speaking to The Non-League Paper’s Chris Dunlavy.