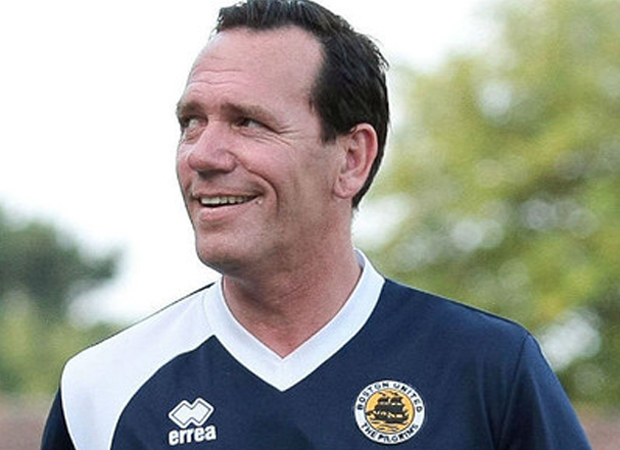 BOSTON UNITED in football terms have been sleeping for some time. But there’s plenty of potential here, which we are starting to fulfil.

The whole club is very professional from top to bottom. I’m backed well by the chairman David Newton and my assistant Martyn Bunce so it makes my job easier.

We’re not one of the biggest spending clubs in the Skrill North, not by a long chalk, but we’ve got a  great support and players want to play for Boston. It’s a massive club.

We finished 17th last season and completely revamped the squad, so to be second in the table is fantastic for us.

I brought in eight or so players and they’ve been terrific so far, especially when it comes to team spirit. There are teams like North Ferriby and Hednesford who have come up and have squads that have bonded and only need to add one or two.

We’ve had to start afresh but they’re a really good group and have responded brilliantly. Every game in this league is tough, so to go away to local rivals Gainsborough and get a 1-0 win was very pleasing. When you looked at the league in the summer with the teams getting promoted and then AFC Telford, Barrow and Stockport coming down, it looked strong. What you haven’t got is a Chester and there are probably still eight teams who could win the title.

The top of the league is very close at the moment and it’s waiting for a team to grab it by the scruff of the neck and go on a good run.

We’re coming into the second stage of the season now where the weather and the pitches change and maybe we’ll have to adopt a different approach for the next third of the campaign.

You might see one or two clubs, the stronger sides in this league, pushing up from mid-table into the play-off places. You get the nice pitches at the start of the season, then the wind and rain and then the bumpy pitches in the last third – you have to adapt to all of those.

I came into the club near the end of last season and won our first three games to secure survival which allowed me to see which players I wanted to keep.

That made my summer a lot easier in terms of knowing where to strengthen.

RICKY’S KEY BUT HE’S NOT JUST A GOAL-GETTER

WHEN you look at the goalscoring charts, Ricky Miller might not be at the top for us –but his contribution shouldn’t be underestimated.

He’s got six so far this season which is very respectable but his work rate and attitude is just phenomenal.

He really puts a shift in which helps balance the side and how we play – he’s always chasing down defenders. In Marc Newsham and Spencer Weir-Daley we have two other strikers who know where the goal is. Marc’s got 11 and Spencer’s got eight but goals are coming from all over the pitch is why we’re the league’s top scorers.

We’re focusing a bit more at the back and that has showed over the past couple of games. There’s a long way to go but we’re in the mix.