Posted on 29th May 2020 by admin in Features, Vanarama with 0 Comments 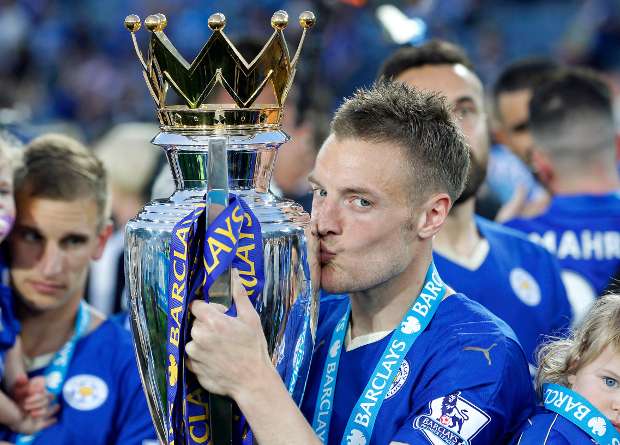 There’s no one path to success in the world of football for strikers. Some have the gift to rise to the top almost immediately, while others take a step back before reaching their peak.

Certain positions have seen this trend more than others – notably the forwards who’ve failed to make the grade in academies at the first time of asking have thrived at the non-league level before proving their worth in the Premier League. We’ll now look at two players who have highlighted this belief.

Vardy has developed into one of the best strikers in the Premier League over the last five years. It’s far cry from the player who was released by Sheffield Wednesday at the age of 16. In 2002, Vardy was forced to rise through the non-league ranks – first in his native Sheffield with Stocksbridge Park Steels in the Northern Premier League Division One.

His performances after working his way through into the first team were noted by Halifax Town in 2010, moving up the hierarchy into the Northern Premier League. Vardy was sensational, scoring 23 goals in guiding Halifax into the Conference Premier.

He was on the move once more to Fleetwood, where another outstanding term, finally resulted in his big switch to Leicester for a Non-League record £1 million. The 33-year-old has not looked back since, finding the net 99 times at the present moment in the Premier League, including 24 strikes in Leicester’s memorable run to the title in the 2015/16 season.

Vardy was never quite able to translate his form to the international scene, although his continued excellence have seen calls for him to be part of Gareth Southgate’s squad for the European Championships next year, despite his retirement, where England are backed in the football betting odds as the leading contenders for the crown. It’s a similar story elsewhere…

Phillips once cleaned the boots of Alan Shearer as an apprentice at Southampton before becoming one of the most feared strikers in the English game. However, the future England forward could not cut the mustard on the south coast and was released amid claims that he could not hold up to the rigours of the highest level due to his diminutive stature.

Phillips continued to live the football dream, albeit with Baldock Town as a semi-professional. Again he was written off after being played as a defender, but once given the opportunity up front he did not look back. His performances were noted by Watford, securing a £10,000 move to the Championship club in 1994.

Phillips was solid without being outstanding but Peter Reid saw enough to swoop for the forward after Sunderland’s relegation to the second tier in 1997.

It would be a transfer that would transform Phillips’ career. He became a goal machine, scoring 130 times in 235 games for the Black Cats, including 30 in his debut campaign in the Premier League. Phillips was the last Englishman to win the European Golden Shoe.

That form was recognised by Kevin Keegan for England but he was never able to break through behind fellow strikers Shearer and Michael Owen, while the forward was never given a full opportunity by Sven-Goran Eriksson, mustering only eight caps and failing to find the net for the Three Lions.

However, Phillips kept scoring in the Premier League and the Championship at a litany of clubs in his lengthy career, including Leicester as he and Vardy crossed paths in the 2013/14 term. He proved his doubters well and truly wrong.