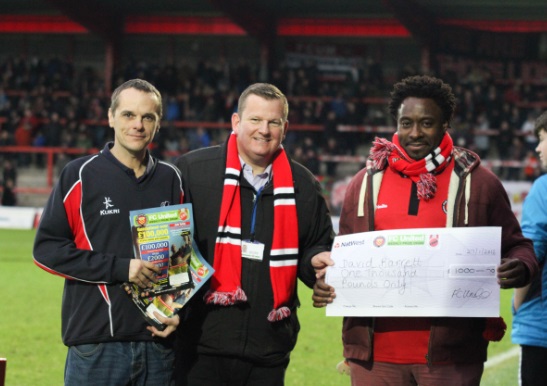 The 41-year-old has been in his role for just under two years, having previously worked at Bolton Wanderers and has a strong affiliation with FC United, having been a founding member of the club.

A statement on FC United’s official club website read, “(Damian) joined with the club at a very low ebb – less than a month into Damian’s tenure the board issued a statement that outlined in stark terms the perilous financial position of the club barely half way through the second season in our own ground. Damian immediately got on with getting the basics right and overhauled the club’s staffing structure to establish a more professional operation befitting a sixth tier football club with its own multi-million pound facility.

At the same time, he looked to boost the club’s non-match day revenue by reaching out to local and national businesses to maximise the use of the function room and pitches and also generate much needed sponsorship and advertising revenue.

As a result the club now not only operates at a profit (quite an achievement when you look around at our fellow non-league clubs and many of those much further up the football pyramid) but has a robust, carefully prepared, business plan supported by the club’s co-owners that is designed to allow us to meet our all-important financial and other obligations to our stakeholders over the next few years.