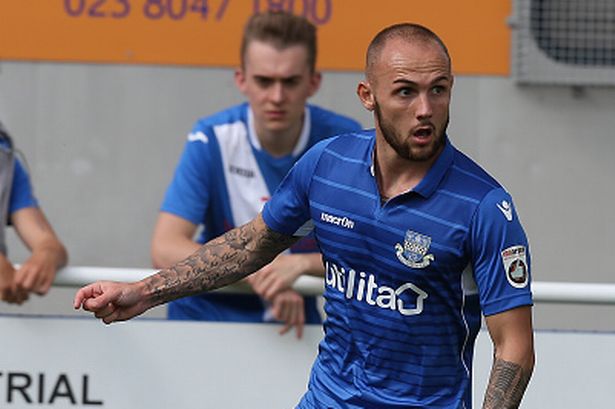 The 26-year-old brings a wealth of experience to the Deva Stadium, having previously enjoyed spells with the likes Nuneaton, Kidderminster, Southport and Darlington.

Speaking to the club’s official website, joint Chester manager Anthony Johnson said: “We’re delighted to welcome Adam to the club. He is a player we’ve tracked for a few years now but never had the opportunity to work with.

“Ability wise, he’s as good as anyone we’ve seen at this level.”

However, the move has since been shrouded in controversy with AFC Telford issuing a statement shortly after the transfer was made, which read: “Manager Gavin Cowan received confirmation from the player on Sunday evening that he wanted to leave The New Bucks Head to find a new club closer to his home in Manchester.

“The football club then received information yesterday afternoon to suggest Chester had already made contact with the player regarding a move and that Adam was meeting them last night to agree terms without the football club receiving an official 7 day approach to allow permission for Chester to speak to him.

“The football club have this morning reported this incident to the FA & The National League and are awaiting their response.”