Clark raring to go at Gateshead 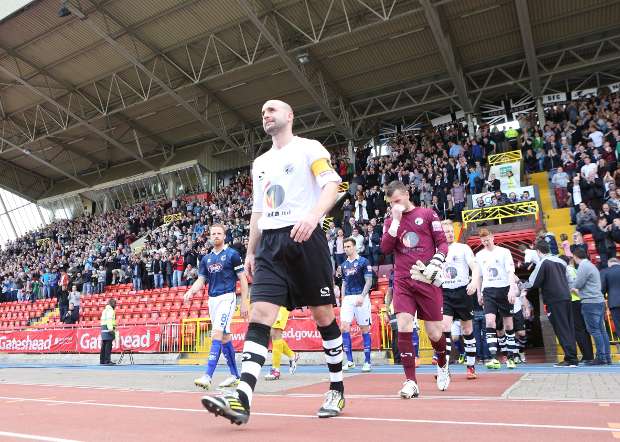 New Gateshead boss Ben Clark has admitted that he is excited to take up the managerial post at the International Stadium and can’t wait to get started!

Clark originally stepped in as caretaker following the surprise departure of Steve Watson to National League North side York City last week but was handed the managerial reigns on a full time basis yesterday.

The 35-year-old has somewhat of a legendary status at the International Stadium after making over 250 appearances for Gateshead during a five year stint with the club.

The new Heed boss told the club’s official website , “It’s a very proud moment for me. I think in the situation that we were in you always have it at the back of your mind that it could happen but I am very grateful for the opportunity.

“The training so far has been fantastic and I am really looking forward to the next few weeks.

Clark was part of the coaching staff under former boss Watson and he admits that many aspects will stay unchanged at the club.

He added, “There is nothing major that I am going to change, I think everyone has done very well to get to where they are but I am my own man and have a few things that I may do slightly differently

“You have to take each game as it comes, we have got a very difficult game on Saturday (against Salford City) and then we will look ahead to the next week – we don’t want to look too far ahead

“You want players that give you 100% and I think that we have a great group here that will do exactly that”.