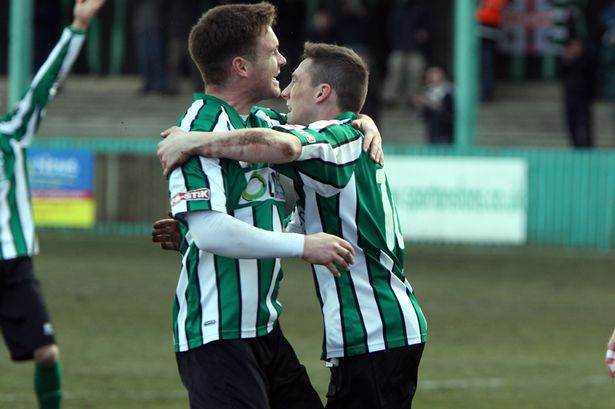 Maguire scored 25 goals last season to help Blyth finish sixth in the table and qualify for the promotion play-offs.

The 26-year-old’s form attracted plenty of interest this summer, however he has opted to play full time football with the Minstermen. .

Maguire, who has played for the England C team, made his debut for Blyth seven years ago and established himself as a hero of the terraces due to his prolific form in from of goal.

“It has taken a little while to do because he had a lot of options,” said York boss Steve Watson. “He has now made the decision to become a ‘full-time’ footballer which is a big deal to him.

“He is a great character and a terrific striker – as most clubs who have played against him in this league will tell you! He can score all kinds of goals and is very lively. In the last two seasons, he has chalked up as many goals as anybody. We are really lucky to have him and I think it will work really well.

“It’s a huge feather in the cap for the club and I think the fans will be excited by it,” Watson added. “We have had lots of chats this summer and he’s a had lots of other options – leagues above really – but I think he likes what we have said to him about the club and the way we are planning on going and trying to progress as a club.”

In what was a relatively disappointing season for York last year, the former FA Trophy winners finished in 12th place at Step 2, eight points adrift of the play-off positions.