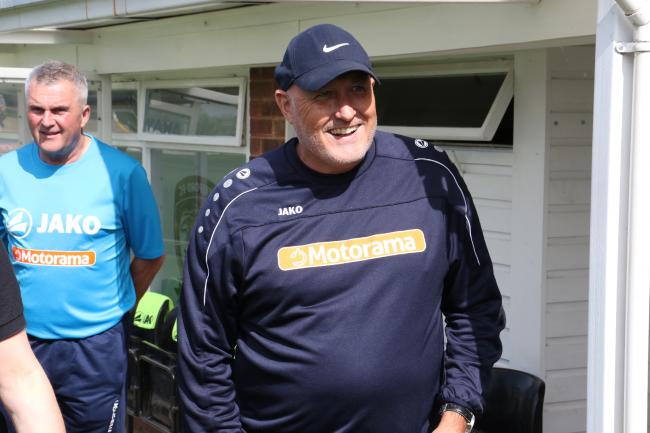 New Hereford manager Russell Slade reckons his Bulls will be going places in National League North if he can only point them in the right direction.

Former Cardiff City, Brighton, Charlton Athletic, Leyton Orient, Yeovil Town and Grimsby Town boss Slade has told the Hereford Times he has the nucleus of a good side at Edgar Street that just needs direction to charge up the table.

Slade, pictured, will have had two weeks with his players when they travel to Guiseley on Saturday following his appointment at the end of August as the successor to Marc Richards.

Giving his judgement on Wednesday, the 58-year-old said: “In terms of recruiting there are things I still need to do and want to do. The nucleus is there and the boys have trained with real enthusiasm, it is a good group.

“I don’t see many bad apples in there. Basically, we have got a decent side but what they need is a little bit of direction and help on and off the pitch.

“It has been busy and nice to have all the players except the three who have been away on international duty. It has given us a little bit of time to look at it all and we are starting to put in more structure on and off the pitch.”

Saturday’s host Guiseley have started the season well with five wins from their opening 10 matches. Last season the Bulls drew 0-0 at Nethermoor and won 1-0 at Edgar Street.

Slade added: “They have had a very good start and I know for the level they have got a relatively experienced manager in Marcus Bignot. It will be a test, but they are all tests in different ways. They all throw up a challenge and it up to us to be ready.”