Danny Lloyd is buzzing to be back with Stockport County

Posted on 27th January 2020 by admin in Latest News, National League with 0 Comments 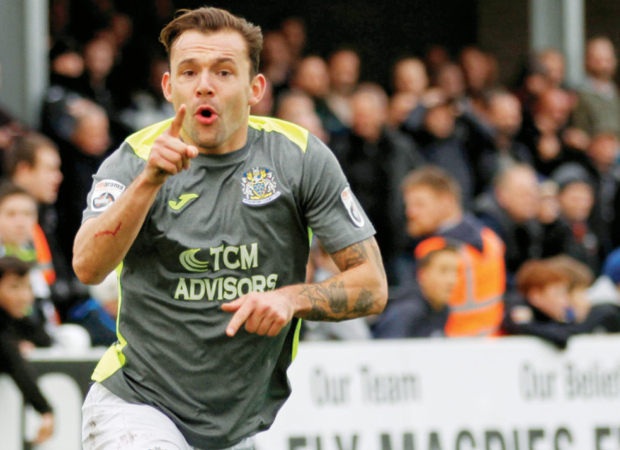 Danny Lloyd reckons he’s “buzzing” to be back at Stockport County after signing on loan from Salford City until the end of the season.

The 28-year-old winger, pictured celebrating scoring for the Hatters, was a huge fans’ favourite at Edgeley Park during the 2016-17 season when he scored 29 goals and notched 20 assists after joining from AFC Fylde.

That earned him a big money move to Peterborough United where he went on to make 37 appearances and scored 13 goals before joining newly-promoted Salford the following season for an undisclosed fee.

“[I’m] buzzing to be back,” Lloyd tweeted. “Time to play some football #county.”

? “The relationship I’ve got with the fans is special. You probably get that just once or twice in your career.”

Hear post-match reaction from @dannylloyd1, as he made his County return in Saturday’s defeat at Hartlepool.https://t.co/PfTyYnXA85

Lloyd becomes the club’s first official signing under new owner Mark Stott and boss Jim Gannon told The Non-League Paper on Sunday: “We have 15 games to enjoy our football and achieve something special and I know Danny will be at the forefront of that drive,”

Make sure you get your copy of The Non-League Paper on Sunday for an exclusive report on that game and the latest news from across Non-League over the last seven days.