Koby Arthur hoping to be the king of comebacks at Kidderminster 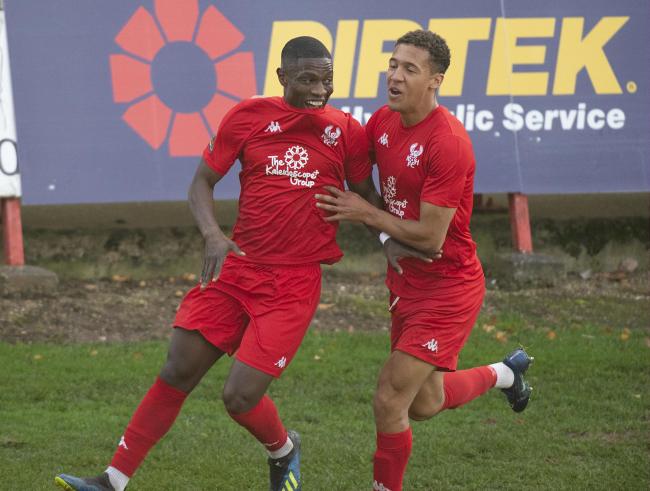 FIT-AGAIN Koby Arthur seized his second chance with a goalscoring first impression for Kidderminster Harriers – after more than a year battling injury.

The 24-year-old Ghanaian winger, a National League winner with Macclesfield Town in 2018, notched on his first league start for 615 days in last weekend’s 1-1 draw with Leamington. Notch up your selections on a range of football markets with STS Bets.

It was in a friendly against the Brakes in 2019 that Arthur’s nightmare began with an Achilles injury while on trial at Walsall.

Having had his hopes of a contract scotched, he had to go back to the start by building up his fitness behind the scenes at Aggborough.

But despite the comedown from playing Championship football with Birmingham City less than six years ago, Arthur insists it never crossed his mind that injuries could shatter his dream.

“The first injury was when I was at Walsall in pre-season – that was against Leamington as well,” Arthur said.

“That took me out of the game for eight or nine months and by that time it was too late for me at Walsall.

“I had to do everything I could to get back playing and that was when I spoke to Kidderminster. I came in to train with them, get back my fitness, and they have supported me.

“They believed in me and gave me the chance, I was so excited to get back playing but then I was so unlucky to get injured in pre-season.

“In football there are people with the mindset that they will not get back playing again but you don’t quit.

“These things happen in football, you can be injured and without a club so you have to do things by yourself at home.

“It has always been my dream to play football and regardless of what I go through, I just love the game and nothing will stop me playing.

“You’re going to get injured so you have to be ready for it, get back up, get back fit and go again.”

And far from feeling content with his comeback, Arthur knows the hard work starts now.

“This is a kick-on for me, I have been up there and now I’ve come back down,” he added.

“It is up to me now to work hard. I am going to use this opportunity every time I step onto the pitch, give 100 per cent for myself and for the club as well. I am ready.

“I cannot remember the last time I scored, that was my first start and I had a goal and I was so excited.

“I don’t (usually) get too excited by these things. In the back of my mind I am not even happy, we drew so hopefully I can get another go and  take this into the next game to help the team.”