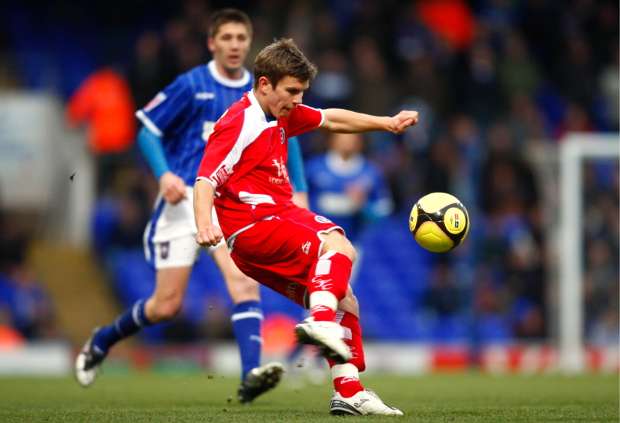 HARROGATE TOWN have confirmed that midfielder Lloyd Kerry is awaiting surgery after being injured on Bank Holiday Monday.

Kerry, 28, was injured in the 87th minute of Harrogate’s 1-0 victory at fellow promotion hopefuls FC Halifax Town but managed to walk off the pitch.

The ex-Sheffield United, Chesterfield, Hinckley and Tamworth man was taken to hospital and after being assessed, it was confirmed he had suffered double fracture to his cheekbone, and subsequent fractures to his eye-socket.

It’s not known how long Kerry will be out for but he is now awaiting surgery following a strong start to the season for both player and club.

Disappointed boss Simon Weaver said: “It’s a sad state of affairs. There was no malice in the challenge, but quite how he’s walked off the field is incredible.

“He’s such a brave lad, and when you see someone like Lloyd, who gives everything for the cause go off in an ambulance it’s a heartbreaker.

“We’re all thinking of him and his family tonight, and we’ll be right behind him as he recovers from this injury.”