Darlington 1883 boss Martin Gray misses first game of 2017 for his own Match of the Day! 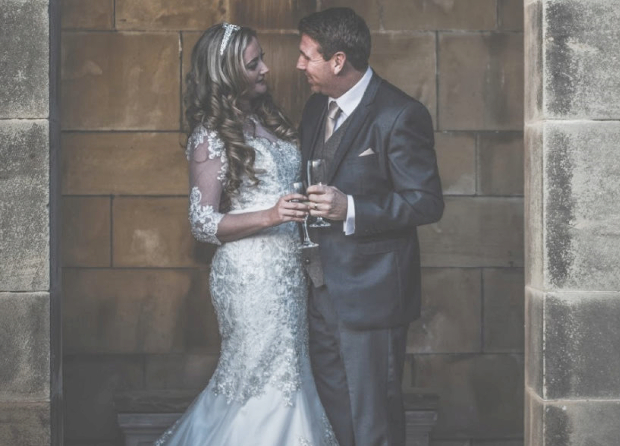 MARTIN GRAY had to miss Darlington’s first game of 2017 – for his very own Match of the Day!

The Darlo boss got married to partner Jill on New Year’s Day, so couldn’t be at their National League North 2-2 draw with FC Halifax Town.

When they booked the special occasion, Darlington were in the Evo-Stik League and wouldn’t play on January 1.

But, after the Shaymen refused to move the game, Gray had to tell his squad on the morning of the game he had a prior engagement.

“I met them on the team coach – where they get picked up from is just around the corner from where I got married – and let them know,” Gray, whose assistant Brian Atkinson was best man, told The NLP.

“It’s one of those things. When we booked it two years ago we were two leagues below. Out of all the leagues, the National League were the only ones playing on New Year’s Day.

“At the wedding my phone was going mad with updates – I was keeping one eye on that and one eye on everything else! It was a great day.

“Brian did a good job as best man, we told the players to make sure they brought back something for me, which they did, so it was a good day all round.”

The point kept Darlo fourth place in the table and despite Saturday’s defeat to Nuneaton dropping them to sixth, they continue to thrive following back-to-back promotions.

The Quakers – formed in 2012 following the old club’s demise – played their first game at their new Blackwell Meadows home on Boxing Day.

And Gray says being back in town can be a big turning point for the club.

“Everyone can see the club is on the right track and now it’s back in town it’s good to see lots of young fans coming out,” he said.

“They can walk to their hometown club’s ground. It’s like every father’s dream. The board of directors, past and present, have done a magnificent job to get us back to Darlington.”