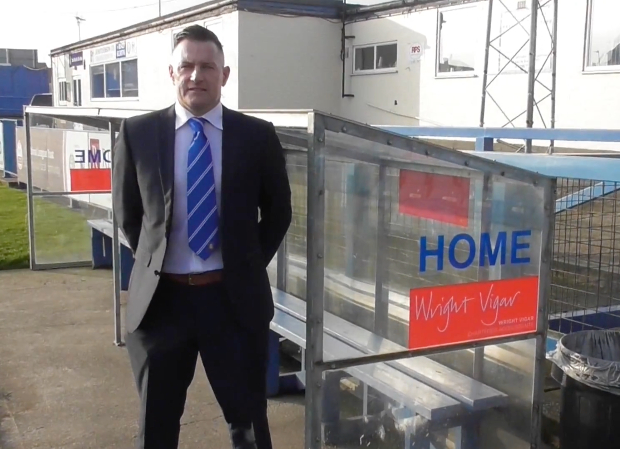 GAINSBOROUGH TRINITY boss Dave Frecklington has been rewarded with a two-year deal after guiding the club to National League North safety.

Despite the heavy 5-1 defeat at FC United of Manchester on the final day, Worcester’s defeat at champions AFC Fylde meant Gainsborough were safe.

But after leading the Lincolnshire side to safety, boss Frecklington and assistant Terry Fleming were handed two-year deals following a meeting with chairman Richard Kane.

“We didn’t go in there expecting to get a two-year deal, but we are delighted,” Frecklington told Lincolnshire Live.

“It was a really, really tough run in and we managed to get over the line and the chairman has rewarded us both with two-year deals.

“It gives us a certain amount of stability at the club and that is really important when you are trying to sign players. We both want to be here for the long term and now we have a period of time to get to our work.

“It is going to be harder than ever in this division with the clubs coming into it next season so to have the stability we need is going to be vital.”

Chairman Kane added: “Dave is a bit of a different character to your average manager because he is very passionate, but I like that and the fans seem to like that because they have warmed to him.”