Home / Features / Inside Harrogate Town: Simon is weaving some magic! How Town’s bonding sessions are doing the trick

Inside Harrogate Town: Simon is weaving some magic! How Town’s bonding sessions are doing the trick

Team bonding at Ripley Castle and cleaning rotas – the transition to full-time training at Harrogate Town has been all about getting the mixture of enjoyment and hard work just right.

Boss Simon Weaver was fully aware the move is no guarantee for success in the ultra-competitive National League North.

But by signing “young and hungry animals” that would still fit into their original part-time business plan, he hoped to be onto a winning formula. The table suggests he has.

Last weekend’s 6-0 thumping of FC United put Town back to the top of the league as the title race see-saws between them and Salford City.

Weaver’s not counting out those below either, with Brackley Town hot on their heels.

But he’s excited his side are in the thick of the action – especially after big summer changes to the set-up.

“When we sat down to go full-time we had to make sure we didn’t kill the club with the budget,” Weaver says. “We’d set a business plan for part-time and we needed to make sure the wages didn’t go deeper and still fit into the original plan.

“So therefore we had to go younger – young and hungry animals whose circumstances meant they could go full-time and we didn’t have to replace their other income.

“Once we recruited them we knew we still wanted the enjoyment factor. The spirit is brilliant. We make sure we still have the enjoyable sessions as well as the shape sessions and the plan for each game.

“We’ve really relished the challenge. There’s more rest. We don’t get them in every day, we don’t stick heart monitors on them every day and we don’t over-analyse – the old paralysis through analysis – we take stock of everything and work together.”

That togetherness began with an overnight pre-season trip where the players were put through their paces fitness-wise, but also had to make sure they had a head for heights with a jump from a 40ft pole, ominously titled the Leap of Faith.

“We went to Ripley Castle and stayed overnight – it’s just down the road,” Weaver says.

“We wanted the lads to see Harrogate for what it is, a really nice place, take those views on board but also put in  hard-working sessions.

“It’s pretty old school the running, they did some team bonding sessions after too so the new lads were integrated straightaway. The chemistry was there from the beginning.” 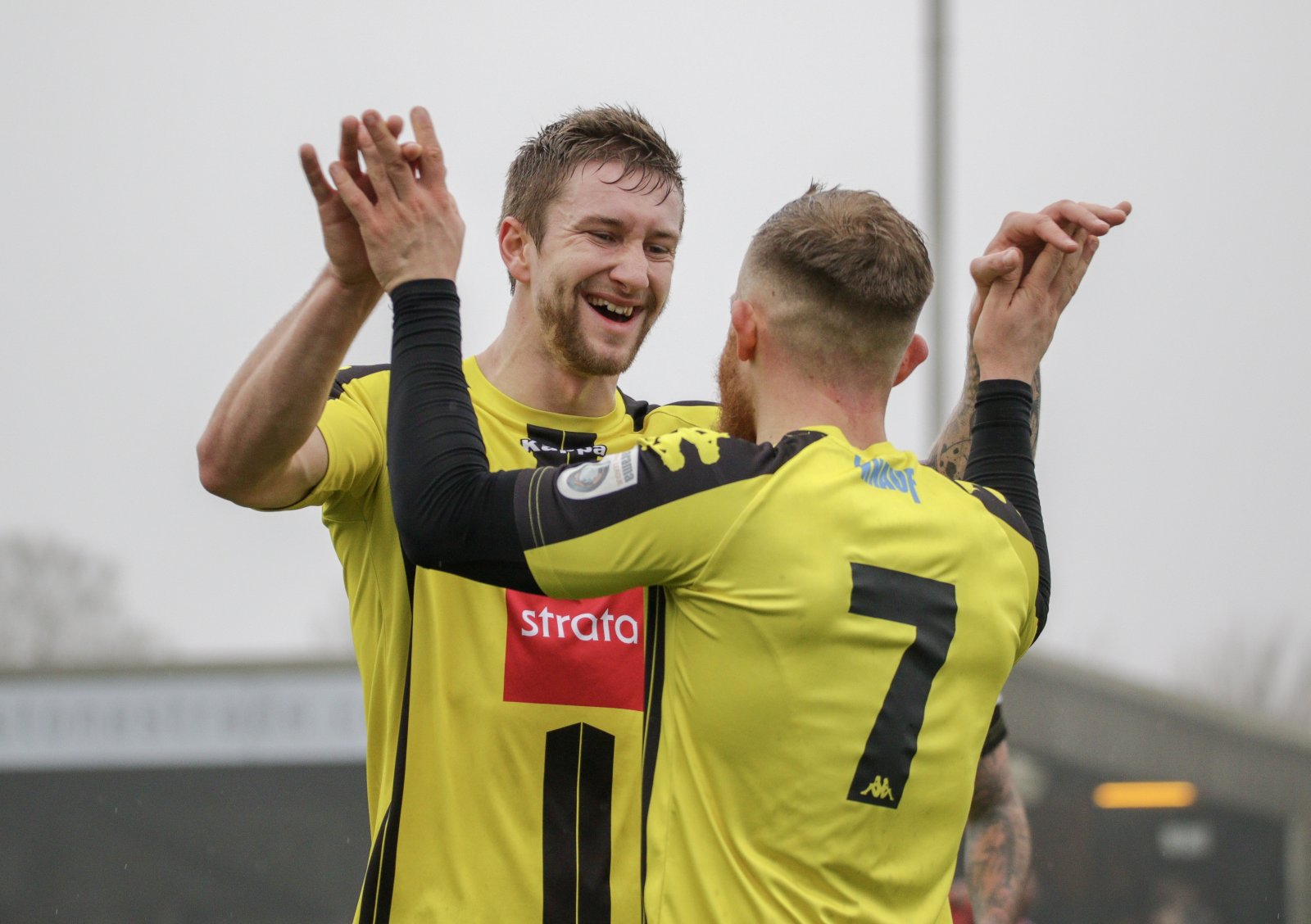 The bond is also based in a will-do attitude among the squad where the standards are set high on and off the training ground.

“They’re punctual, they dig in. We’ve got a rota for cleaning the changing rooms and the toilets – all those kind of old school values that builds that camaraderie where no one gets ahead of themselves.

“Sometimes in football egos dictate. You hear cases of people thinking they’re above that – they leave boots scattered around the place for others to pick up.

“We take a brush away from home and clean up the away changing room. Whether it’s ours or someone else’s you leave it as you find it.

“Our pitch is 3G so people use it at night.  The youth, the girls, the ladies teams who come in on a Sunday – if we leave it in a mess, what does it say about our own club? We want a respectful group that is one in, all in.”

Over the years, the club has been building towards promotion to Non-League’s top tier.

Just two seasons ago they finished third before missing out in the play-offs, while last season they were well off the pace.

Weaver says they’ve learned valuable lessons from campaigns like the last one and knows how crucial the final stretch will be.

“We’re certainly not counting our chickens,” Weaver says. “But we’re trying to organise the club so that if we are lucky enough to go up we’ll be ready and prepared.

“But you still need the wind behind you. You need your best players fit, you need your squad all fresh and ready.

“In terms of organisation  behind the scenes, the player development centre with Ben Parker is buzzing. James Belshaw, our No.1 keeper, coaches in that as well as the first team goalkeeper coach. Everyone plays their part in the other side of it.

“There are four games in about ten days over the Easter period which will be important, but everyone has got hard games including us. Sometimes you’ve got to try and get the ugly win.

“Last week was great because we won 6-0 and that was nice and you enjoy it, but it’s not always going to be like that.

“We’ve got to show that resilience in tight games to nick a 1-0 or keep it 0-0. That’s hopefully as much what we’re about as well as the high-scoring games.”