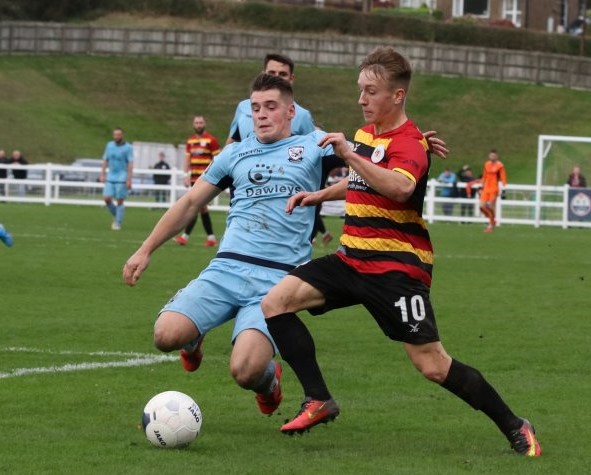 Bradford Park Avenue boss Mark Bower is looking forward to Alex Hurst creating goals for his relegation-battlers until the last kick off the season after Port Vale agreed to extend his loan deal.

A former academy player at Crewe Alexandra, the midfielder-cum-winger signed for the National League North’s Stans from BetVictor Northern Premier League Matlock Town in October 2018 before being snapped up by Port Vale in August 2019.

Avenue officials told fans they were “delighted” to keep hold of the 20-year-old in a club statement on Thursday after agreeing the extension with the League Two Valiants.

Bower will be without the services of Lewis Rathbone and Isaac Marriot at Altrincham on Saturday after the former was released and loan star Marriot returned to his parent club Huddersfield Town.

Hurst To Remain At The Avenue https://t.co/YTG19BbvQv

The Stans said: “The club are delighted to announce that the loan agreement with Port Vale for winger Alex Hurst has been extended until the end of the season.

“Hurst signed for the Avenue in October 2018 and quickly became a fan favourite. Following some strong performances on the pitch he caught the attention of Port Vale who invited him to train with them in the 2019/20 pre-season.

“Hurst did enough to impress and the Valiant’s made the club an offer we couldn’t refuse to secure his services. However, as part of the agreement Hurst would be loaned back to the Avenue until at least January.

“The club can also confirm that Lewis Rathbone has left the club and Isaac Marriot has returned to parent club Huddersfield Town both by mutual consent.”

Make sure you get your copy of The Non-League Paper on Sunday for the latest news from across Non-League over the last seven days, together with exclusive match reports and pictures from all of Saturday’s upcoming action in the Vanarama National League North.