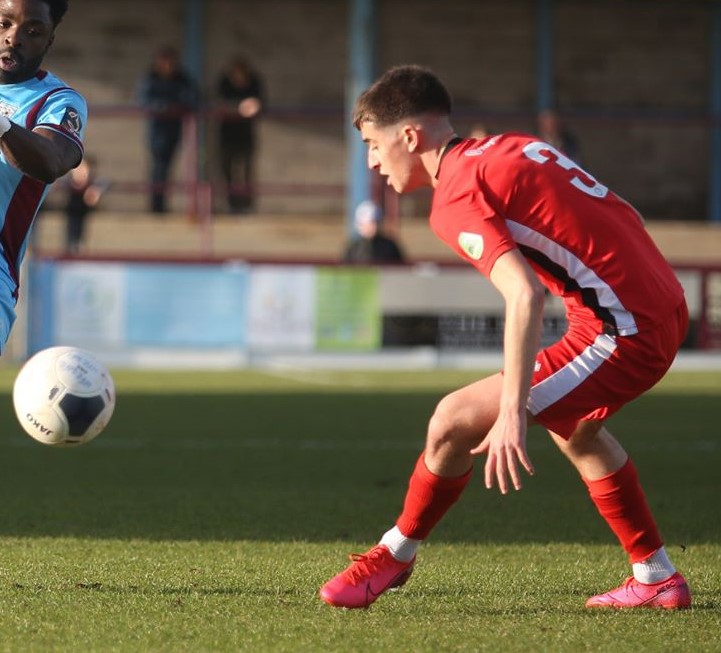 Eastbourne Borough boss Danny Bloor has sent his thanks to Queens Park Rangers for letting him keep Franklin Domi in National League South for another month.

The talented 19-year-old made an instant impact, announcing his arrival at the start of February with a terrific debut goal against Hemel Hempstead as he turned in strong performances at left-back.

“Franklin has been a brilliant addition to our squad,” Sports manager Bloor told the club’s website in a statement announcing the news.

“He works hard in training and on the pitch, and makes a really good impression around the club. He is a fine ambassador for his parent club QPR.

“I am really grateful to Rangers and especially to my old friend from Albion days, Chris Ramsey, for making Franklin available to us.”

MAN OF THE MATCH

The Aussie youngster – who moved to the UK with his family from Brisbane at the age of 14 – has been a lively presence in the Eastbourne Borough attack for Bloor who also thanked Woking for extending his stay.

The Sports boss added: “Jack is a real box of tricks and he really showed his mettle last Wednesday night when he stepped up, like a seasoned pro, to bury that winning penalty and put us into the Senior Cup Final!

“Once again, we are really grateful to Alan Dowson and his staff at Woking FC. Both of these lads demonstrate the value of loan agreements to all parties.

“Both Jack and Franklin have brought a burst of fresh energy to us, and they are gaining valuable experience which can only benefit them in their longer term careers.”