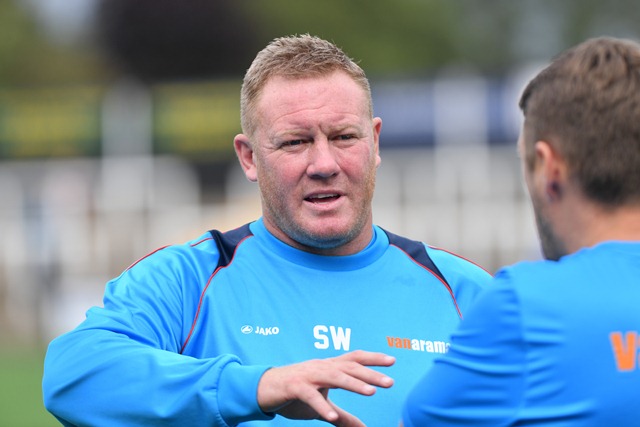 York City boss Steve Watson is asking fans to consider what they are posting on social medial after two of his players were threatened with physical violence on Tuesday night after losing 4-1 at home to Hereford.

The Minstermen issued a strongly worded statement on Thursday afternoon condemning the incident outside Bootham Crescent, Watson adding his appeal to supporters to think about the consequences of what they are writing on people’s mental health.

The statement read: “We are disappointed to report that two York City players were threatened with physical violence outside the stadium after Tuesday night’s defeat to Hereford.

“York City Football Club will not tolerate physical violence or threats. We are liaising with local police and we ask that any witnesses please contact the club directly.

? We are disappointed to report that two York City players were threatened with physical violence outside the stadium after Tuesday night’s defeat to Hereford.

We are liaising with local police.

“We pride ourselves on being a family orientated and friendly club and believe that the individuals in question are not a true reflection of our supporter base.

Watson said: “These lads go out and do their best every day in training and in every match. Do they really deserve to be confronted outside the car park and threatened? Absolutely not.

“The thousands of York City fans, who support us week in week out, will no doubt feel the same way as we do about this. It’s really annoyed me but at the same time we are going to use it as a tool to drive forward and put all of that into Saturday’s game [at Alfreton].

“On a similar note, we would also ask for restraint and respect in regards to social media posts. Please take a minute to think about the effects of what you are writing, especially in this current climate, where social media has proven to have such terrible consequences on people’s mental health.