Steve Cunningham comes out of lockdown to boss Curzon Ashton 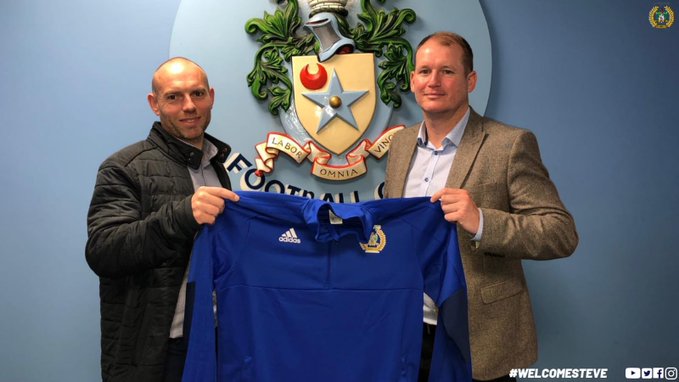 Steve Cunningham has been unveiled as the successor to Mark Bradshaw at Curzon Ashton.

Former Colne boss Cunningham called the the Nash post the “toughest job in the National League North” in a statement announcing his appointment on Wednesday.

Cunningham stood down at the Northern Premier League’s Reds in April at the height of the coronavirus crisis to spend more time with his young family. Read an exclusive interview with the new Nash boss in this weekend’s NLP.

Pictured today in a retweet from Colne congratulating him on his new post, he took them into the NPL as North West Counties Football League champions in 2014 after succeeding Nigel Coates at Holt House in November 2013.

On behalf of everyone at Colne F.C., we would like to wish our friend and former Manager, @StevenCunny, the best of luck in his new adventure at @CurzonAshton ? https://t.co/BDXRbrY5yd

Bradshaw stepped aside at the Tameside Stadium last week to re-focus his efforts on his primary role as football development officer to help the club get through the coronavirus crisis.

The Nash told fans: “The club are delighted to announce Steve Cunningham as our new first team manager for the forthcoming season, having parted ways with Mark Bradshaw. Cunningham will be joined at the Tameside Stadium by his assistant manager, Damien Crossley.

“Steve most recently spent six years in charge of Colne FC prior to resigning from the role in April 2020 in search of a new challenge. We wish Steve all the best for his time with us and hope this leads to a long and successful tenure.”

Cunningham told the club’s website: “This is the toughest job in the National League North but I could not turn down the opportunity to manage this great family club.

“[New assistant manager] Damien [Crossley] and I are really looking forward to catching up with the players, staff, volunteers and the club’s supporters and getting stuck straight in.”