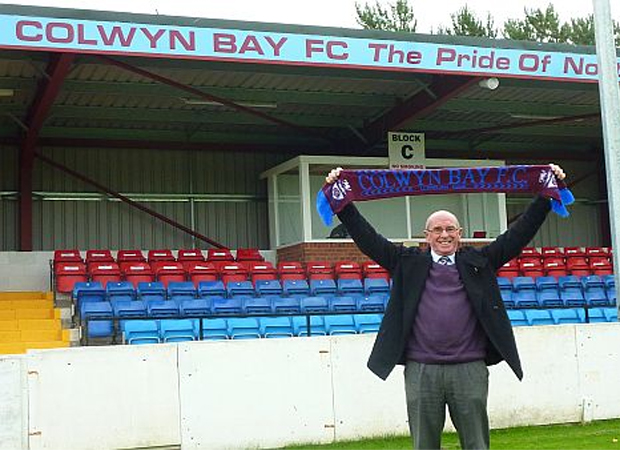 MOST people born in the 1950s or earlier have been recounting this week where they were when they heard Kennedy had been shot, with Friday being the 50th anniversary of JFK’s assassination.

I’m 35, and of course, I recall waking up on a Sunday morning in the summer of 1997 to be told by my mother the breaking news that Diana had been killed in a car crash overnight.

But as a football man, and father to young children, nothing has stopped me in my tracks quite like hearing the news that Gary Speed had taken his own life, or that Mitchell Cole had collapsed and died having a kickabout with his pals.

I knew one, didn’t know the other. But still didn’t stop me being utterly shocked at both; shedding more than a few tears along the way, too.

Next Saturday is the first anniversary of Mitch’s death, so there will be more in next week’s NLP on a true Non-League legend who touched everyone who met him.

But on Wednesday it is two years since I turned the radio on as I drove through Hitchin, and then spent a few seconds trying to decipher who exactly was the footballer, who had “played for Newcastle and Everton”, being spoken about in hushed tones.

Immediately, I thought ‘Gazza’. And if that had turned out to be the case, it wouldn’t have surprised me – for obvious reasons – a fraction of the amount it did when the words ‘Wales manager’ and ‘Gary Speed’ were came over the airwaves. 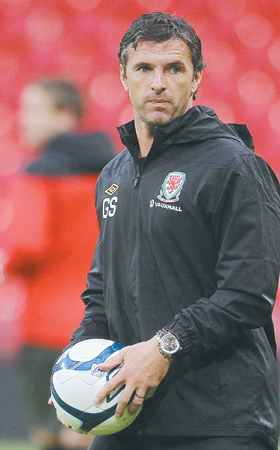 In his 42 years, Speed didn’t play or manage in Non-League, but Colwyn Bay Football Club have reached out to his family, by asking his dad Roger to become a Seagulls patron, to show that football appreciates a man who was a model pro in every sense. Even I used to buy Top Man clobber to try to look like he did in their adverts!

In an interview with Caroline Barker aired on the BBC’s World Service’s Sportshour yesterday, Roger spoke of how tough the 24 months since that fateful Sunday morning have been, especially for his wife Carol and Speed’s two teenage boys, and how he wants to take the talented footballers – Ed and Tommy – down to Llanelian Road, as he used to their dad.

“I’ve had an association with Colwyn Bay for a long time,” said Roger, “since a friend of mine, Bryn Jones, the local butcher, was manager. I’d go to games and take Gary before he started playing.

“He still followed them when he was a player. He’d always come home and ask, ‘How did the Bay get on Dad?’ It was an honour to be asked to get involved.”

In pre-season, Skrill North Bay hosted a development side from Speed’s first club, Leeds, which led to Roger being offered the ambassadorial role.

John Martin, a vice-president at Llanelian Road, explained: “We’ve been friends for years, but we felt that this was something Roger could get his teeth into to get involved again with football.

“The name ‘Speed’ is revered throughout world football, but especially in Wales. So for a team in north Wales, where Gary was from, involved in the English set-up, it’s absolutely incredible that we can put the family name to our club and help promote it.”

Roger says the family are still at a loss as to why his son hadn’t shared his inner turmoil with them, or the “many great friends” he had in football.

He explained how they had set up a Gary Speed Trust Fund, and have raised money through a golf day for a suicide charity in Dublin called Console.

“My wife went on This Morning with Philip Schofield and one lad who was of the mind to take his own life was watching, rang up Console and got help,” says Roger. “That shows that talking about it can help others.”
Mental problems, depression and other such illnesses don’t out themselves in a football dressing room like a pulled hamstring.

Now Colwyn Bay have done a great thing in showing that football’s family cares. The Speed family can help the club, and the club can help them spread the word that it’s OK to share your worries – even for people involved in such a macho environment.

He may not have played there, but Gary Speed’s legacy lives on at Llanelian Road.