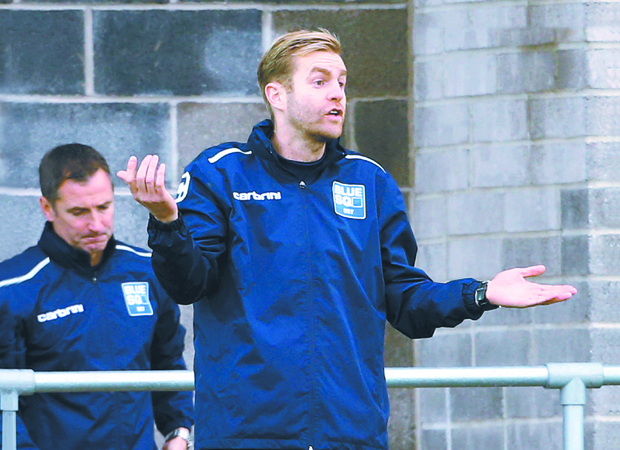 SIMON WEAVER has urged his Harrogate Town players to be stronger if they are to force their way into the Skrill North play-offs.

The Yorkshire side don’t draw many matches either, with only four of their games having ended level and manager Weaver knows that the opportunity is there to make the play-offs.

Weaver told The NLP: “We’ve had a bit of an up and down season but we are still in a decent position to challenge.

“We’ve proved ourselves against the top teams but we just need to be a bit mentally stronger. The opportunity is there for someone to grab games by the scruff of the neck and help us through.

“We need the experienced lads to show when it matters. It’s all down to characters. We’ve tripped up away from home a few times, and that’s what counts.

“We have had some fantastic results, like beating North Ferriby, but we need a voice of authority out there to command things.”

Last season saw Harrogate finish just outside the play-offs in sixth, while a successful run in the FA Cup saw them to the second round for the only time in their history.

This season, they were knocked out in the second qualifying round by Colwyn Bay, and Weaver accepts that Town’s supporters may be frustrated at how the season is turning out.

He added: “It has been a bit of a disappointing year on the cup front but we’re still competing in the league.

“I understand if the fans think it has been a disappointing season, but the Skrill North has a strong top ten, and we are looking to push past this and into the top five.

“We have got a creative team that grind out results and we don’t cave in. Out of the games we have lost, seven of them have been by just a single goal, so that shows that we’re no pushovers.”