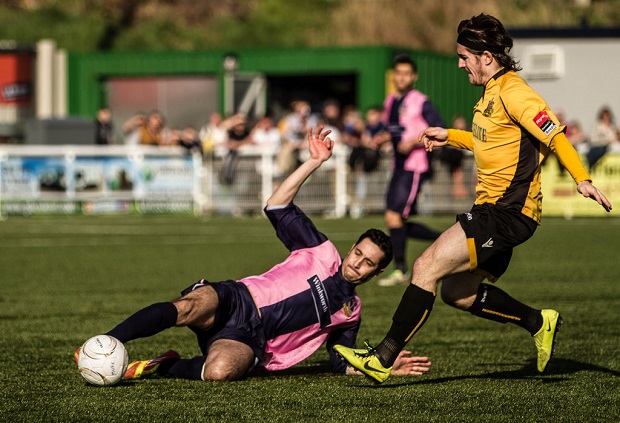 CONFERENCE member clubs look certain to vote again on 3G – after the FA chairman Greg Dyke’s plea for plastic pitches to be thrown back onto the agenda.

Dyke has personally written to Football Conference counterpart Brian Lee and the Football League requesting an urgent meeting to discuss the decision to keep with grass-only pitches at January’s EGM.

At the start of the year clubs voted 21 against and 11 in favour and in-line with the voting process, there would be no change to the rulebook.

But Lee believes a second vote may be around the corner – depending on the outcome of their meeting, and vitally if the Football League get on board.

The news comes as a huge boost for campaigners Maidstone United, who currently would not be allowed entry into the Conference South despite holding a promotion position in the Ryman Premier.

The Stones this week won an appeal against their exclusion from competing in the play-offs – but this development may have come too late for next season with the Conference AGM, and possible second vote, set for Saturday June 7.

Lee said: “All along we asked for leadership on the matter, and the FA have now shown that. They took a big step recently by allowing 3G to be used in every round of their competitions.

“Because of the governing body’s message, we have movement. That, believe it or not, is what we wanted all along.

“The chairman of the FA has asked the Conference and its clubs, as well as the Football League, to reconsider our stance on synthetic turf and I’m sure we will.

“If the Football League are on board, then I believe it will change things from our member clubs’ point of view. Even if say they only allowed it in League Two, that works.

“I do see it going to another vote, but this time I also see the whole thing being more structured. It wasn’t last time and perhaps that put people off.”

Pressed on whether we could see 3G in the top two tiers of Non-League football as soon as August, Lee added: “I suppose anything is possible but perhaps the timing is against them (Maidstone).You don’t like to rule anything out but I can’t see things changing before our AGM, which will make it difficult.”