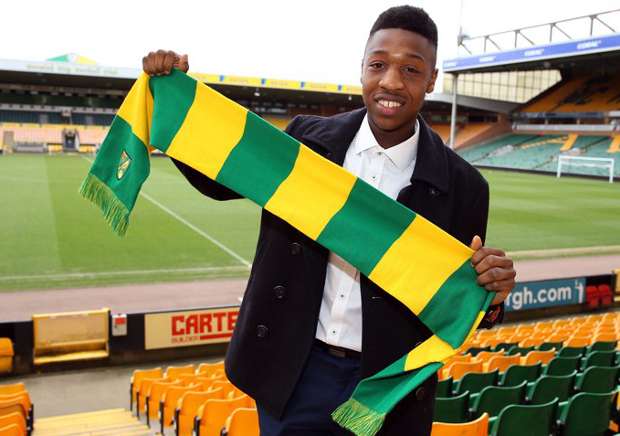 Adams, 20, progressed through the Darts academy and made his first team debut in the Conference Premier against Macclesfield Town last April.

He has made 15 appearances for Tony Burman’s men in the National League South this term and has had a number of scouts watching his progress.

And he has done enough to convince the Canaries to make a move. He has signed an 18-month contract for an undisclosed fee.

“One element of the transfer is a pre-season friendly with Norwich where we would hope to see Ebou return wearing the Canaries’ yellow and green.

“We would like to wish Ebou all the good luck in the world and hope that this is the start of a fantastic career ahead of him.”

Adams added: “This is a dream come true for me, and I’ve worked hard to get here. I want to thank Jason Long, Deren Ibrahim and Tony Burman, as well as everyone else at Dartford, for their help.