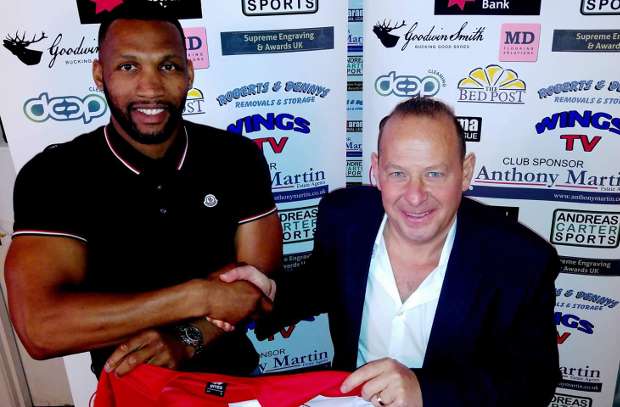 Defender Hayles scored twice for the Rocks as they beat Dulwich Hamlet 3-1 in the Ryman Premier play-off final but he has moved on to their new league rivals Welling United.

The Wings – who were relegated from Non-League’s top tier – will be taking on East Thurrock in the National League South next season and they have added some steel to their back line with the addition of the former AFC Hornchurch man.

Kenya born Devyne started his career as a trainee at Chelsea and later signed for Enfield after a successful spell with Spartan South Midlands side Brimsdown. The 23-year-old was the Towners’ second top goalscorer last season after netting 19 times.

The third new addition is Joseph-Dubois, who will be working alongside Goldberg again after the pair won the Conference South title in 2014-15 while the boss was in charge at Bromley.

The 28-year-old forward, who can also play in midfield, scored over 50 times in his time at Hayes Lane and he’s also previously played for Weymouth and Hayes & Yeading.