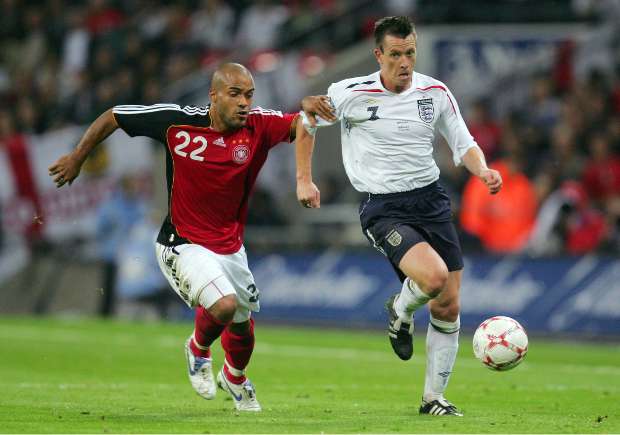 HUNGERFORD TOWN have pulled off a major coup, securing the signing of former Premier League and England left-back Nicky Shorey.

Shorey became the first Reading player in over 100 years to be capped by England in May 2007, making his debut in England’s first match at the new Wembley Stadium in a 1-1 draw against Brazil.

The 35-year-old made his second and final Three Lions appearance against Germany also at Wembley and went on to turn out for Aston Villa and West Bromwich Albion in the Premier League.

Following a brief return to Reading, Shorey had spells with Bristol City and Portsmouth before a move to the Indian Super League with Pune City.

His last club was Colchester, making 15 appearances in League One after joining in January of this year. He was not offered a new deal following the club’s relegation and became a free agent.

Crusaders boss Bobby Wilkinson knows Shorey from his time at Reading and has convinced the experienced defender to turn out for the National League South side.

Wilkinson told Newbury Today: “He’s not here for money. He’s coming here to play and to help me out.

“He’s a great lad and still a great player. The paperwork is still going through, but he will join us next week for the game at Truro.”