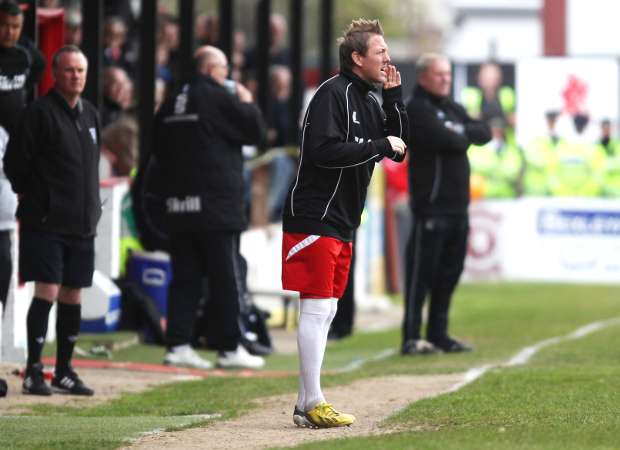 Ex-Forest Green boss Pennock will serve as head coach while Day and Lovell will become first team coaches at the struggling Kent outfit.

Day and Pennock returned to the Wings in November and helped them climb out of the National League South relegation zone.

However, the chance to move into the Football League was just too good to turn down and Welling chairman and former boss Mark Goldberg said: “Jamie Day and Ady Pennock have today accepted an offer to join Gillingham FC.

“We are disappointed to lose their services, but accept that their achievements over recent weeks have been recognised and rewarded.

“We thank them for their efforts on behalf of Welling United FC and wish them every success for the future.

“As an interim measure, both Harry Wheeler and Tristan Lewis, who have been involved in coaching sessions recently with the existing squad have been appointed as a joint caretaker management team.”

Lovell, a former Gillingham coach, joined Bromley as Neil Smith’s assistant in the summer but will now return to Priestfield after just seven months away.

He said: “I would just like to thank everyone connected with Bromley Football Club for making me feel so welcome in the time I’ve spent here.

“I have loved working with Neil and the players and would never have considered leaving Bromley but an opportunity at my home town club Gillingham came up and I’ve decided to take it.

“The team at Bromley has improved immensely as the season has progressed and I’m sure under Neil it will continue to move forward.”