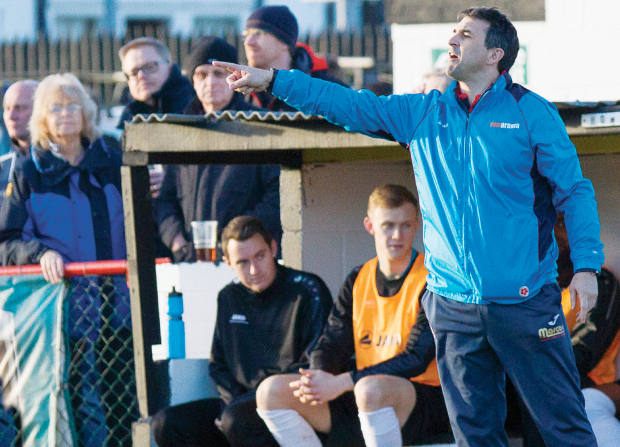 TOM KILLICK suggests some of Poole Town’s opponents want the club to be sent straight back to the Southern League and kicked out on the National League South.

The Dolphins must get their ground up to scratch in the next six weeks, or face instant demotion. Poole have to secure a B Grading on their modest Tatnam ground, or they won’t be allowed to stay in the league.

That would be a body blow for Killick and his players, who are sitting in the top five following a fantastic first season in Step 2.

Should they get the work done which they need to by March 31 then they can compete in the play-offs – and go up to Non-League’s top tier if they were to win through.

But Killick believes many clubs want them booted out of the league because they don’t like the poor facilities on offer.

He said: “We’re hoping we’ll have the green light to compete in this league again next year – we’ve been given an indication that if we do what we need to do we’ll be OK, but it’s ‘wait and see’ still. We have to believe that’s the case.

“I won’t talk per centages of it being a ‘yes’, I try not to get too heavily involved in that side of things but if the work’s not done by the end of March, we’re relegated… it’s as simple as that.

“A few teams, a few clubs and a few people don’t want us in the league. I know that, they don’t like what we have to offer down there. We know the facilities aren’t great, they’re slightly embarrassing if anything, but we’re trying our best.

“It’s essentially a school and it hasn’t got all the creature comforts as some do in this league, but it is what it is.

“We feel we deserve to be in this league on merit, and we’re trying to get our facilities as good as possible.”

Poole really need a new ground – and the manager accepts that.

“Ideally we do need to move, we know that,” Killick added. “You go to other grounds and you’re green with envy with what they have to offer, but we’re in the position we’re in – there’s nothing much we can do to change things at the present moment.

“The only thing we can do is what the league and the Football Association ask of us before the deadline.”