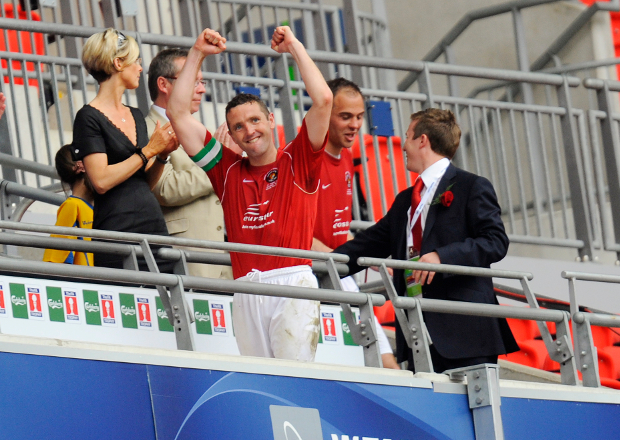 NON-LEAGUE football tragically lost two iconic figures last week as clubs remember their great ambassadors who did so much for them.

Tributes have been paid to both with an emotional Liam Daish describing his former captain and assistant manager McCarthy as an inspiration to everyone and a true friend.

In a poignant appreciation of the former Brighton, Wycombe and Hornchurch defender, Daish says he will struggle to ever accept how someone so fit could lose his life in such a way.

“I was in the car and I had missed two calls,” recalled the legendary Fleet manager. “I stopped and saw one of them was from the former secretary at Ebbsfleet.

“We don’t talk too much, but we have an understanding that he keeps me up to speed on things at the club when he can, and I’ve got to say lately whenever we have spoken it’s never been great news.

“He would always tell me if a club stalwart had passed, a steward or someone behind the scenes, so when he called me I expected bad news, but I wasn’t expecting what he said.

“He told me it was Macca. It just didn’t register with me. I struggled to stay on my phone to him. Each day it registers just a little bit more, but I’m struggling to understand things still.

“He looked after himself so well, he was active and fit. I remember every summer he would return for training and he would set the standard. He would lead the running and I remember thinking ‘Christ, what an example he sets’.

“This for me is what makes the news so difficult to digest. It just throws everything out, all logic has been put into the bin.

“He was a family man. He loved his wife Kath and his four daughters incredibly. He’d be up on Sunday mornings driving the girls to cricket or to rugby, and he would be excited about it too. I went to see them on Monday and I’m hurting for them.”

McCarthy was Daish’s captain at Wembley and he went on: “One thing I am thankful for is that we had our special moment together in the FA Trophy. We had that big, wonderful day.

“He was an inspiration to young players. He showed them how a professional footballer should act. There aren’t enough Paul McCarthys out there any more.

“I was with him for nine years. He was my player, my captain, my assistant and above all that, my friend. He was an honest and simple guy, no airs and graces but he loved his food! I remember going on holiday and just watching him eat… it was an incredible sight what he could put away.

“People this week have asked me about the player, but the man is what’s most important. He was intelligent, articulate and he could hold his beer too!

“I have great memories. The night before an away game when the players were tucked up in bed, watered and fed, we would stay up and talk about the game over a few pints. It was a tough old time at Ebbsfleet, but we made sure we had a good laugh along the way. He kept me going.

“We’re supposed to get the players up, but who gets the managers up when things aren’t going so well? Macca always could.” 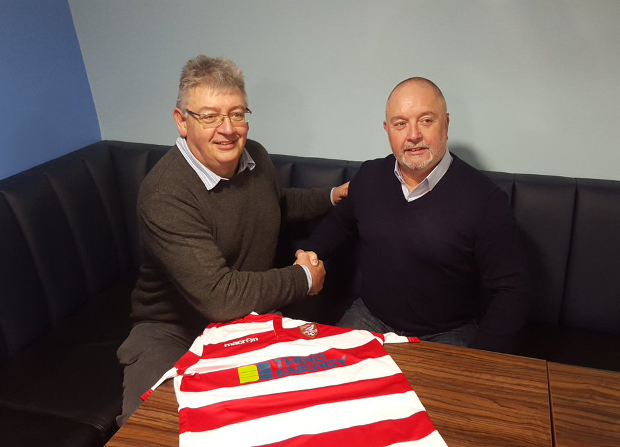 Scarborough are also in mourning. Long-serving chairman Holland died, aged 59, on Tuesday – an hour before the club’s game with Ossett Town.

Manager Steve Kittrick and his players vowed to play on in his honour – and now they want to win promotion for him back into Step 3 as they walk out in their new ground.

“I am so gutted he can’t see his big project through,” Kittrick said. “My heart goes out to his family. His dream was to see the club back in Scarborough playing at the same level the team were when his club closed all those years ago.

“He won’t be here to see his dream come true, but we are going to try and make it happen for him. We have nine games to get us to where we need to be.

“David backed every one of the players. We have lost a top, top bloke. He did everything, even put the kit out. We’re going to try and do this for him.”