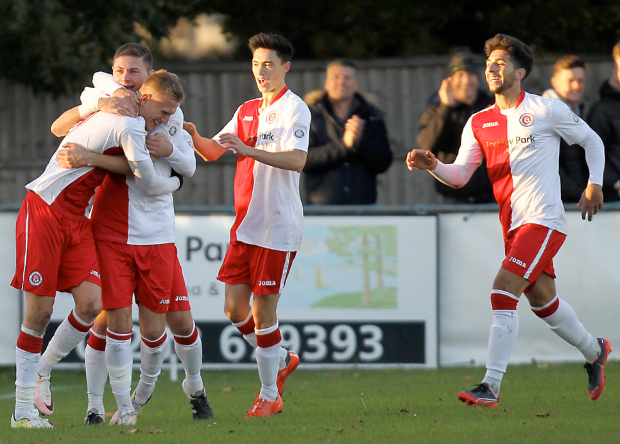 POOLE TOWN look to have avoided demotion from the National League South after completing improvement works at their Tatnam Ground home.

The Dolphins knew they had to bring their ground up to Grade B standard to remain at Step 2 following their promotion from the Southern Premier last term.

They have enjoyed a successful debut campaign in the National League South and currently sit fifth with seven games remaining.

Poole raised £70,000 to bring their home ground up to scratch, installing low-level terracing, re-positioning a floodlight and putting in extra turnstiles at a total cost of around £170,000.

The Tatnam Ground was looked over by Football Association officials on Tuesday and the club expect to be given the Grade B required to remain at Step 2.

“It’s a massive relief. The tension over the last few months has been unreal,” chairman Chris Reeves said.

However, they are currently unaware whether they would be allowed to compete in the play-offs if they finish in the top five.

Further improvements will have to be made if the Dolphins wanted to compete in Non-League’s top tier and the club expect to be told imminently whether they will be able to enter the end of season shake-up.

“That step between the two leagues could conceivably be the biggest in the whole football pyramid,” Reeves told BBC Radio Solent.

“But we’ve risen to every challenge so far, so why should the journey stop now? If we can make it better, then we’ll just keep going for it.”