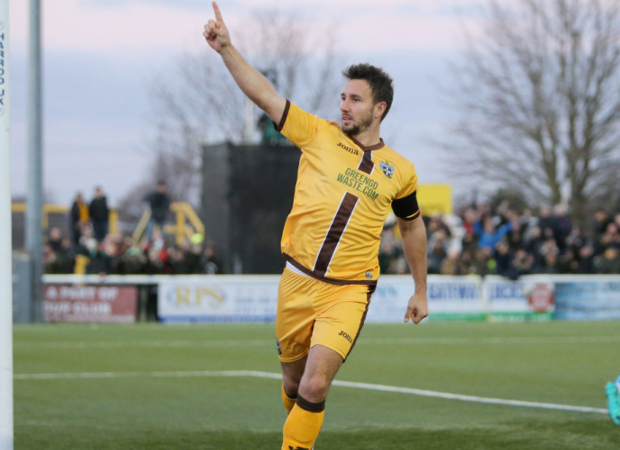 HAVANT & WATERLOOVILLE have added a proven goalscorer ahead of their return to the National League South, signing striker Matt Tubbs.

The forward, 32, was released by National League outfit Eastleigh at the end of the season and he has teamed up with the promoted Hawks on a two-year deal.

Tubbs started last season with Forest Green Rovers after leaving Portsmouth, scoring twice in 11 games before spending a month on loan at Woking, finding the net on three occasions.

A move to Sutton United followed in December and Tubbs scored three times in eight appearances. He finished the season at former club Eastleigh, netting once as the Spitfires secured their top flight status.

The experienced striker, who scored almost 200 times for Salisbury, Crawley, AFC Wimbledon and Portsmouth, is now back in the National League South, a league he won promotion from with Salisbury in 2007.

And he is teaming up again with boss Lee Bradbury, who signed Tubbs on loan when he was in charge of Bournemouth in League Two.

Bradbury told the club’s website: “Matt is a big signing for us with the experience he can bring and the level he has played at, the last time he played at this level he won the conference south with Salisbury, hopefully that’s a good omen.

“I know I’m bringing in a player that if he’s played to his strengths he will score goals, he likes to play off the target man and play in a team that crosses the ball, we have both of those at the club.

“I also think he will raise the standards of people around him and the teams expectations, I think he has that bit of nouse and experience and I feel he can score a lot of goals at this level.

“A good thing for me it’s not about money for him, its about him joining a club that want to go forwards, that has momentum and that plays a good style of football.

“Matt has had a lot of offers to play in higher leagues and for considerably more money, so it is a great coup for us to land him and I really look forward to him coming in, a great addition to the squad.”