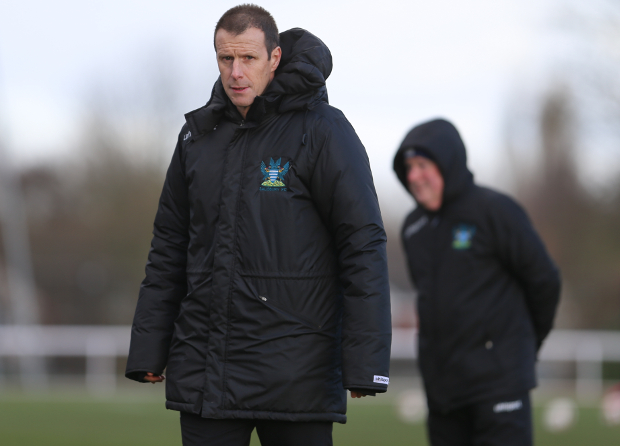 Killick’s comments came after forward Marvin Brooks decided to leave the Tatnam Ground and drop two levels to sign for Salisbury in the Evo-Stik South West.

Clearly frustrated by losing a man who scored 13 times in the National League South last term, the Dolphins boss claimed Brooks didn’t want to leave but the money on offer was too good for him to turn down.

“He doesn’t want to play in that league but feels it’s something he has to do because of the financial reward,” Killick told the Bournemouth Echo. “I make no criticism of him for that.

“Salisbury are paying National League money. It’s astounding, really, what they do in the league they’re in – that’s not a criticism, it’s a compliment.

“It must have been a catastrophe for them not to get out of that league and you would imagine they’ll win it by 20 or 30 points next season.”

Salisbury also made a “very big offer” for Brooks’ former team-mate Luke Burbidge according to Killick but he decided to stay at Poole.

Killick’s comments were, unsurprisingly, not received well by Claridge who completely denied that the Whites are spending big as they look to climb up to Step 3.

On the claims they are paying top Non-League wages, Claridge responded: “That’s absolute nonsense. A myth. I can’t think of a club in the National League that would have more than half its squad on £140 a week or less.

“It’s also a bit rich coming from a club (Poole) which has been happily spending sums on wages to win promotions while the infrastructure is clearly not up to scratch.

“Everybody seems to offer an opinion about our football club without knowing the true facts. We are not paying fortunes, despite this view of us put about by those who have some sort of agenda or who guess at these things.

“We will have the same budget as last year when we were a long way from being the highest payers in our league. Even if you take Hereford out, there were others paying more than us.

“We’re all trying to get Salisbury FC back to the level it should be but there’s no-one here at this club prepared to be irresponsible with the way we go about that.”