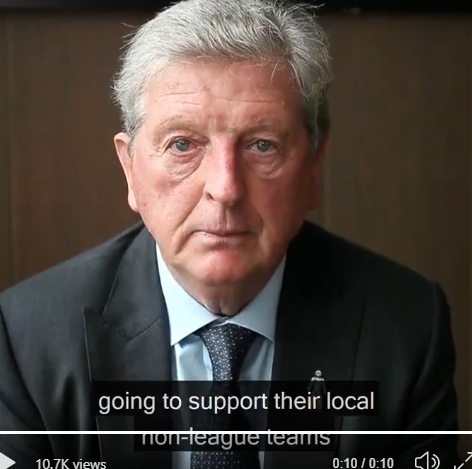 Non-League Day 2019 was celebrated up and down the country in soggy but high spirits on Saturday!

And there was no shortage of media publicity or promotion by the country’s top clubs to encourage their fans to turn out for their local clubs during the international break.

The Saints and Eagles both directed fans to Non-League Day’s official match finder in tweets.

@CPFC tweeted: “Just because there’s no Palace tomorrow doesn’t mean there’s no football to watch! Our guide to #NonLeagueDay”

In the build-up to this year’s nationwide efforts, NLD founder James Doe told The Non-League Paper last Sunday that he expects the annual celebration to keep on growing. Along with clubs, fans and their own volunteers, Doe was hailed in a series of tweets from the charity on Saturday.

@ProstateUK tweeted: “… none of this would have happened if it wasn’t for the founder of @nonleaguedayuk – Mr James Doe (@james_W12). A massive thank you from all of us at Prostate Cancer UK.”

Kick It Out also partnered with NLD at six games across the county dedicated to the annual celebration. The well-respected campaigners for equality in football were backing NLD for an eighth consecutive year.

Scenes from the day

My mate: Fundraiser Phil Wye and one of the mascots at Clarence Park for the big game between St Albans City and Eastbourne Borough 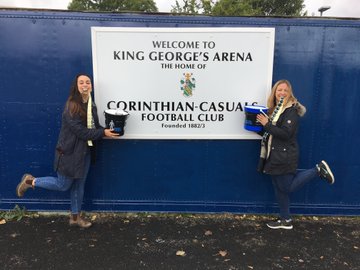 Champion support: Prostrate Cancer UK being backed by the officials and Dulwich Hamlet and Weymouth at Champion Hill