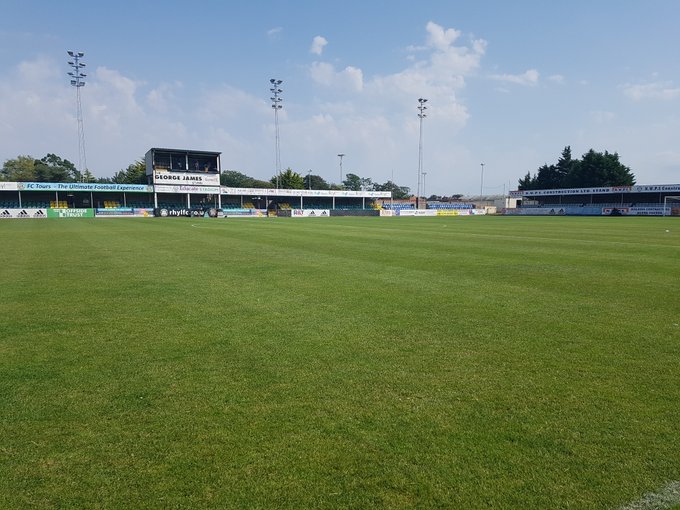 Rhyl chairman Paul Higginson is warning the Welsh club’s fans they could fold within weeks over the escalating coronavirus crisis.

With no means of generating income and mounting bills to pay at Belle Vue, Higginson confirmed that a decision on their future will be announced by 5pm on 8 April.

Founded back in 1879, the Denbighshire club compete in the JD Cymru North. Along with the Cymru Premier, Cymru South and the Welsh Premier Women’s League, the competition was suspended by The Football Association of Wales on 13 March.

In a club statement on Thursday appealing for financial aid to get through the crisis, Higginson told fans he is also willing to talk to potential investors about taking over the club.

Chairman issues stark warning for the survival of the Club with a decision to be made within a fortnight regarding its futurehttps://t.co/szWkZV9RUW pic.twitter.com/3fhh9au1Rd

The Lilywhites chairman said: “With no games and no social gatherings possible the club has no means of raising the levels of income that are needed to meet the immediate overall costs of the club and the following season’s start-up costs.

“The status quo is no longer an option. The reaction from club supporters is greatly appreciated by all at the club, particularly with support for the relaunch of the Supporters 200 Club and the seat sponsor initiative by the newly formed Rhyl Fans Association.

“Similarly, I want to thank all the club volunteers for their dedication throughout these difficult times. At this stage we don’t know when football will resume, and the scale of the problem will only increase.

“It would be irresponsible not to act. There will be many football clubs in difficulties and without support from Welsh Football it will be difficult for many to survive.

“My role is to ensure that if there are new owners or investors they are the right people with the interests of Rhyl FC and it’s community at heart. If there is anybody willing to help the football club this is the time to step forward, email me at sponsorship@rhylfc.co.uk and hopefully a solution will emerge.”

Speaking for all volunteers it’s exhausting and unrewarding right now however we won’t give up now, ahead of or beyond the deadline for our fantastic home town club @rhylfc ?????????????? https://t.co/dHaLcvEyxq

The Rhyl chairman added: “The next two weeks for Rhyl Football Club are now our most critical in recent history and failure to resolve the ground ownership issue, along with identifying the required investment, will lead to the unthinkable and seeing the end of something that has been at the heart of the Rhyl community for over one hundred years. This really has become a more serious issue than just the paying the rent.”

Make sure you get your copy of The Non-League Paper on Sunday to read all the latest news from across Non-League over the last seven days on the growing impact of the coronavirus crisis on the game and society.