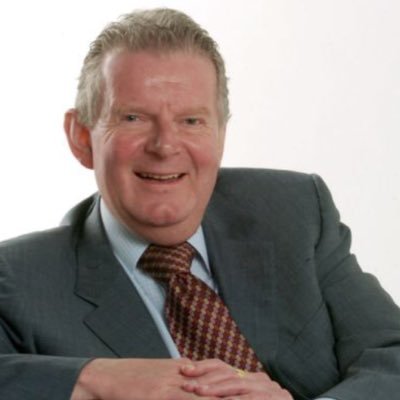 Potters Bar Town are thanking broadcasting legend John Motson for pairing them with Barnet in the FA Cup after the BBC picked the tie for live coverage.

Fans and players at the Isthmian League club were already dreaming about a berth in the first round proper before the BBC chose to broadcast the tie on Wednesday after Monday lunchtime’s draw was made live on talkSPORT 2 by Motson, pictured, and FA Cup winner Danny Murphy.

Brought forward to kick off at 12.30pm, the FA Cup fourth qualifying round clash will be streamed live on the BBC Sport website, app, red button and iPlayer for viewers around the world.

Hailing a “plum draw” with their “National League neighbours” for their fans, a statement on the Isthmian League Premier Division club’s website read: “We may have dreamed of it and John Motson made it happen. What a Draw!”

The Scholars are currently tenth in the Isthmian League’s Premier Division.

They’ve made it to the final qualifying round for only the third time in their history after victories over Takeley, Hornchurch and Ware.

The local derby at Parkfield on Saturday 19 October will be all-ticket with tickets on sale for home fans from Thursday.

In a statement on their website, the Bees say they’ve been allocated 1,000 tickets with the first batch going on sale from Saturday.

The National League club’s fans will hoping for another run in the world’s oldest cup competition.

Last season, they made it to the fourth round, knocking out Sheffield United before eventually losing to Brentford.

Should a replay be required it will take place at The Hive London on Tuesday 22 October, kick-off 7.45pm.