From Harrow To Brazil For Ghana Star Albert Adomah

Posted on 12th June 2014 by admin in Featured, Isthmian Leagues with 0 Comments 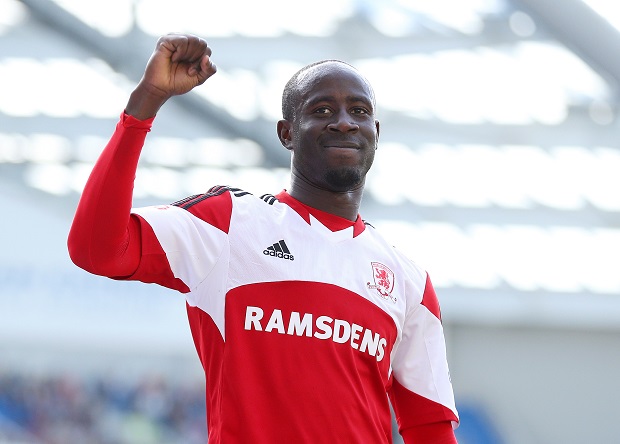 THIS time next week, Albert Adomah will be sat in a five-star Brazilian hotel, preparing to face the USA on football’s greatest stage.

By the time the World Cup is over, the 26-year-old winger will also have pitted his wits against Germany’s Mesut Ozil and Bastien Schweinsteiger, not to mention Portuguese superstar Cristiano Ronaldo.

Yet without Harrow Borough and their erstwhile manager David Howell, Adomah might well be hanging wallpaper in Shepherds Bush whilst watching the World Cup on TV.

Adomah, born in Lambeth to Ghanaian parents, was 15 when he got the bus to Ravenscourt Park in Hammersmith and begged for a game with the local street wardens. They agreed, and luckily for him, one of them was big mates with Howell.

“I do a bit of event management and one of my DJs kept getting on to me about this young player he had at Ravenscourt Park,” recalls Howell.

“I asked him down for a Harrow youth game, but after about half an hour I’d seen enough. He was so quick and he just flowed when he ran with the ball. I took him off, signed him up and Albert was with the first team from that moment on.”

Despite initial fitness issues (“All of his early appearances were lucky to last an hour,” laughs Howells), Adomah – who supplemented his £50-a-week wages by working as a painter and decorator with his brother – soon became a star.

A move to Barnet in 2008 was followed by a £150,000 switch to Championship side Bristol City two years later. The came his biggest break, a £1m move to Middlesbrough in August that resulted in 13 goals, 40 games and a player of the season award.

“I’m not surprised,” says Howell. “I always said he was good enough to play in the Premiership. I still think that and I hope this World Cup shows everybody how good he really is.

“We’re still friends. He lived literally five minutes from my house so I used to pick him up, take him to training and bring him back. I spent a lot of time getting to know him, talking about his game and things to improve.

“He was an impressive learner in that way. He always listened, always wanted to be a better player. He was never big headed, and he isn’t to this day.

“I last spoke to him about three weeks ago. He was going away to play Holland with Ghana and at that point the squad still had to be cut from 25 to 23. He wasn’t definitely on board yet and was obviously fretting a bit. So I wished him well for the Holland game, he played 90 minutes and made the cut.

“We’ve just had a baby, four weeks old, and Albert said he’d come round to see us. But I said ‘Don’t rush – I think you’ve got bigger fish to fry!’

“It was typical of Albert, though. He’s thoughtful, polite, well-mannered – everything that people think a footballer isn’t. I couldn’t think of a nicer bloke for this to happen to and I wish him every success in Brazil.”

Who’s your money on for the World Cup? Get betting now!