Wealdstone Are More Than Happy To Keep Rolling Stars Out

Posted on 23rd June 2014 by Sam Elliott in Featured, Isthmian Leagues with 0 Comments 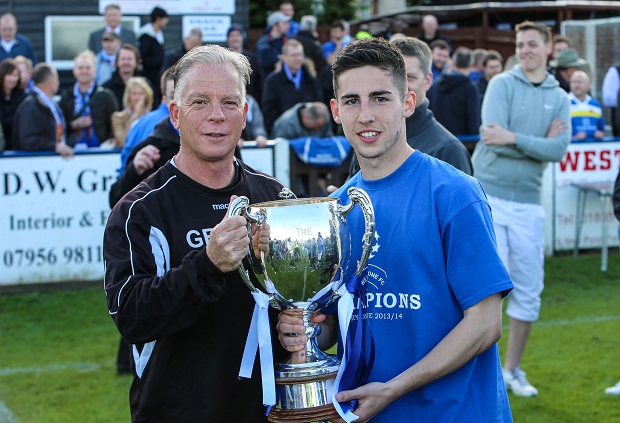 The talented winger, 22, has sealed a Football League move after the clubs agreed an undisclosed five-figure fee.

Krais, who yesterday jetted out to Brazil to take in three World Cup games, says the latest player to progress is another feather in his club’s cap.

He told The NLP: “Of course it’s mixed emotions for me. Losing Tom and what he brings is a blow but this is what Wealdstone are all about.

“Every young player that signs with us knows a conveyor belt exists. He is the latest to step off of it but that’s so important – if you want to sign for us, you know we will help you to progress.”

And the chairman believes Graham Westley will get the best out of him at Broadhall Way.

Krais added: “He’s got a sensible head on his shoulders and a great family. But above everything else he has a lot of ability – he’s got every chance of stepping up.

“We’re really pleased with the players we have signed so far. We are taking a younger approach this year in the Conference South, which is exciting.

“We may add one or two more over the next few weeks and who knows if we may find another rising star.”