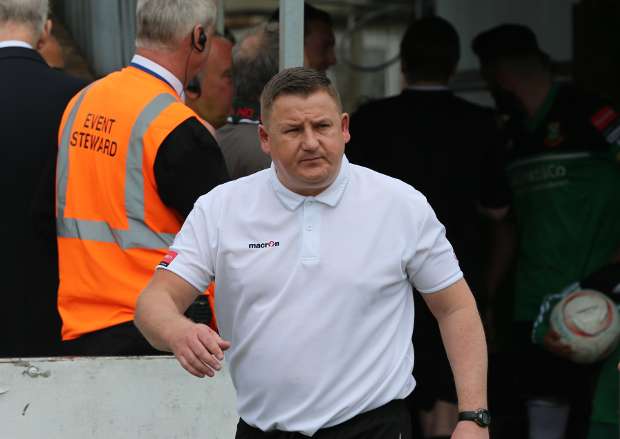 HENDON boss Gary McCann reckons that as many as 15 clubs will be challenging for the Ryman Premier play-offs this season – including his own.

The Greens have spent the last eight years as tenants at four other clubs, but this season they will finally have a home of their own with the opening of Silver Jubilee Park in West Hendon.

McCann feels that the return home could propel them into play-off contention as the club looks to improve on last season’s disappointing 19th-place finish.

“It’s a moment and a chapter in our history that a lot never thought we’d get to,” McCann said. “Having no home and working virtually out of a bag as such is not easy.

“What’s happened over the last 18 months is that all of a sudden we’ve had optimism – a word that we’ve not had for a long period of time.

“We’ve had this vision of getting us into Silver Jubilee Park, on a 3G surface, in a place we can call home and that’s been driving us on for the last 18 months.

“To finally get over the line and to see that we are starting the season there is exciting for me, the players, the board, but most of all for the most important people at any football club, the supporters.

“There are ten to 15 teams that will feel they can challenge for the play-offs and I think that has to be your target.”

Having finished second in the Ryman Premier in the 2014-15 season, the Greens went down to Margate in the play-off final, before last season’s underwhelming campaign.

With some of the regulars from that play-off final squad returning to the club this summer, McCann is confident his team can re-create that winning formula at their new home.

“We’ll definitely be stronger than we were last year,” he added. “On the back of our play-off final defeat season we had some real troubled times and I think it was well documented how testing last season was.

“We lost seven or eight of a starting eleven over the course of the summer and that was difficult to digest, so last year was a real struggle.

“In every area of the pitch we seem to have depth and a bit of competition for places and that is not something we had last year; the team virtually picked itself over the course of the season.

“What I’ve tried to create this year with it being a new start is a real competitive environment and obviously one in which we can have as much success as we possibly can.”