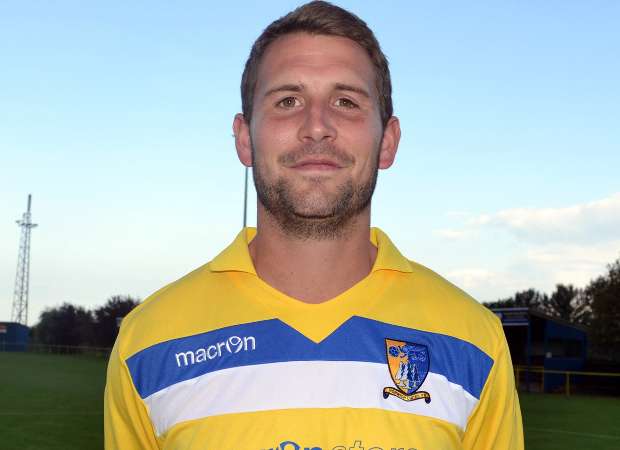 NORWICH UNITED defender Andy Eastaugh had far from an ideal 30th birthday after suffering a head injury just 16 seconds into a game, which was subsequently abandoned.

Norwich’s trip to Soham Town Rangers in the Ryman North on Bank Holiday Monday was brought to a halt less than a minute in after Eastaugh was knocked unconscious in a clash of heads with another player.

The game was abandoned while Eastaugh received treatment on the pitch and he was then rushed to Addenbrooke’s Hospital in Cambridge.

The club confirmed last night that Eastaugh had not suffered any lasting damage but would be staying in hospital as a precaution.

Norwich tweeted: “Thanks to everyone at Soham Town Rangers for their help looking after Andy Eastaugh and to their understanding supporters.

“Good news regarding Andy. After the scan there is no brain damage and no breaks however he’s staying in hospital due to severe concussion.

“Typical, Andy can not recall the collision but when told what happened he said ‘did I win the header?’.”

Eastaugh himself said: “Hi everyone, the support is staggering and I can only thank you all for so much love. Memory is still a bit dodgy but all is OK.

“Would like to say a massive thanks to Soham Town Rangers for your understanding and cooperation not that I can remember it.

“Huge thanks to Norwich United and all my team-mates for the love you have shown. Very humbled to have such great mates.”

Soham chairman Stuart Hamilton told BBC Sport: “Nobody wanted to play after seeing something so traumatic. We wish him all the very best and a speedy recovery.”