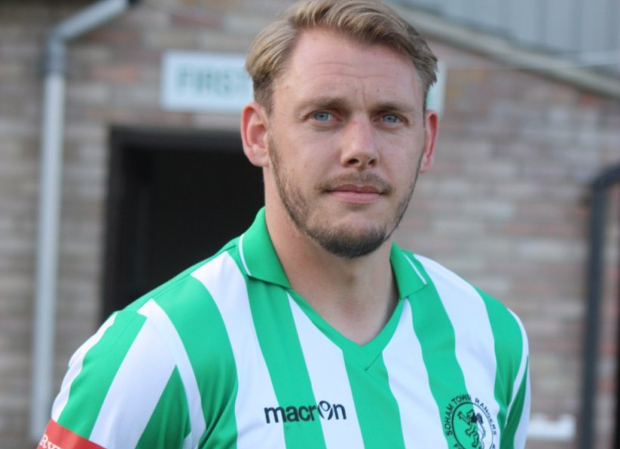 SOHAM TOWN RANGERS have confirmed that striker Robbie Mason has been named the club’s new player-manager on a permanent basis.

The 30-year-old, who had been in interim charge alongside Will Lawton in recent weeks, has agreed to take the reins ahead of the Boxing Day visit of Bury Town.

Mason returned to Soham at the start of the season from Royston Town for his third spell at the club and he will be assisted by Lloyd Groves, who joined Rangers in the summer from Godmanchester Rovers.

The popular striker has replaced former joint-managers Robbie Nightingale and David Theobald who left to become the new management team at Southern Premier side Cambridge City at the beginning of December.

Mason will be looking to strengthen his squad after six players followed the departing joint-bosses to Cambridge with Soham currently 15th in the Ryman North.

A club statement added: “Although the club received many applications for the post, it was felt that Robbie would provide the continuity at this difficult time as he obviously knows the strengths of the current squad.

“The club would like to wish Robbie and Lloyd well in their new roles, which starts at home to Bury Town on Boxing Day.”