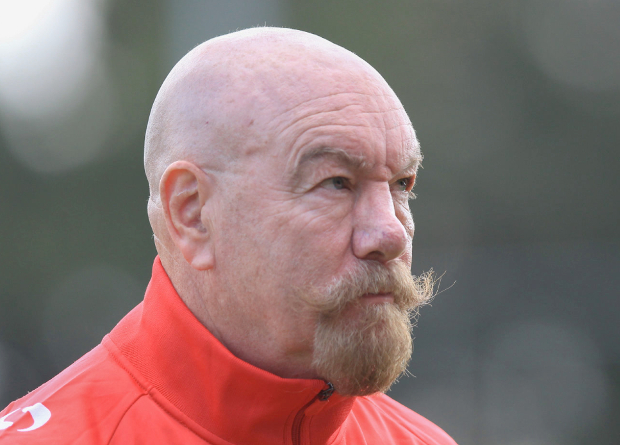 HE knows things could have been different. Very different. As Kingstonian manager Craig Edwards carefully scribbles down his sums for next season but he could have been managing a team in the same league where he needn’t have bothered trying to save a tenner here and £20 a week there.

If he had wanted to, he could be in charge of Billericay Town. The place where money doesn’t seem to matter.

“Good luck to them,” says Edwards, who resigned as Blues manager towards the end of last season. It allowed owner Glenn Tamplin to take the team.

“But I made my decision for my own reasons. Glenn is on the record as saying the club’s wage bill is now £25,000 a week. That’s a hell of a lot of money!

“I have a lot of friends there, there’s good people at Billericay, Glenn included. If they go up, which you’d think they should paying that kind of cash, I’ll be happy for the club.”

He’s in another world from the place he’s just left. Money may be no object at the New Lodge, but it is at Kingstonian. Especially now.

It’s the most testing time in the club’s history. Homeless after Chelsea bought Kingsmeadow from AFC Wimbledon, a groundshare at Leatherhead is what the club are facing now until they can secure their return home with £1m the Dons handed over.

Losing key defenders Alan Inns and George Wells, both to Slough Town, you couldn’t criticise anyone for suggesting things could get worse before they get better for a club who pulled off the great escape last season.

But Edwards, who masterminded their late-season recovery by keeping Ks up on the final day, begs to differ.

“When I came to the club in the last month of the season we had six games to save ourselves and I’ll be honest, it was like a holiday camp here,” he said.

“Players couldn’t play because of prior commitments, some had already booked a holiday and I said straight away two weeks’ (wages) fine if you miss a day. I wasn’t having a Sunday League mentality.

“We sorted it out, and next season – although people may not fancy us – I want us pushing for the play-offs. Now, 16 managers said that this time last year and most of them ended up with egg on their faces but that’s what we’re aiming for. The players were magnificent at the end of last season and we were keeping clean sheets again. We want to take that into next year.”

Kingstonian will need their supporters more than ever next season and Edwards says they’re a special bunch.

“It’s not an easy time for them but they should know the club’s aim is to get back to the area as soon as possible,” the former boxer said.

“When we lost in my first game against Leatherhead, they applauded us off. I think 99 per cent of fans of big clubs like ours would not have done that but even staring at relegation with an underachieving side, they showed their class.”