The Non-League Football Paper
Home / Latest News / Isthmian Leagues / Reel in a bargain! Step 4/5 young guns you should know about

Reel in a bargain! Step 4/5 young guns you should know about

Posted on 16th June 2017 by admin in Isthmian Leagues, Northern Premier League, Southern Leagues, Step 5 and below with 0 Comments 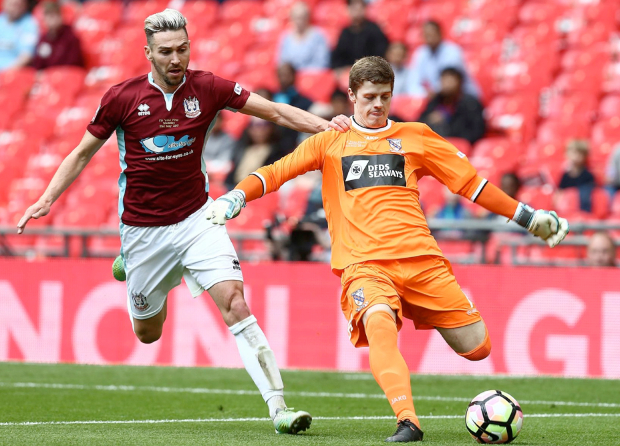 EVERY football manager loves a bargain buy, especially at this time of year.

Take Gary Waddock. Last week, he gave Shaun Okojie his big chance to shine in the professional game at Aldershot Town after scoring 57 goals in 59 appearances for Corinthian-Casuals. And Okojie’s not the only one to have been handed the opportunity to live out the ‘Vardy dream’.

So, who could be the next little gems from Steps 4 and 5 ready to tempt the big boys? Here’s a few candidates with huge potential.

What he lacks in height, the former Grimsby Town goalkeeper certainly makes up for in ability. Extremely agile and an excellent shot-stopper, Higton played a huge part in Cleethorpes running away with the Toolstation Northern Counties East Premier Division title, with 108 points to their name, and then put on an impressive show at Wembley in the FA Vase final, only for South Shields to score three final-quarter goals. With Higton between the sticks, the Owls will be no pushover in NPL South next season.

A composing figure and goalscorer in last month’s FA Vase Final at Wembley, helping South Shields to a comprehensive 4-0 victory over Cleethorpes. Still only 22, the former Gateshead defender joined from Blyth Spartans last summer and played a significant part in the Mariners cleaning up with four trophies last season – including the Northern League title – scoring seven goals from centre-back. Certainly one to watch. 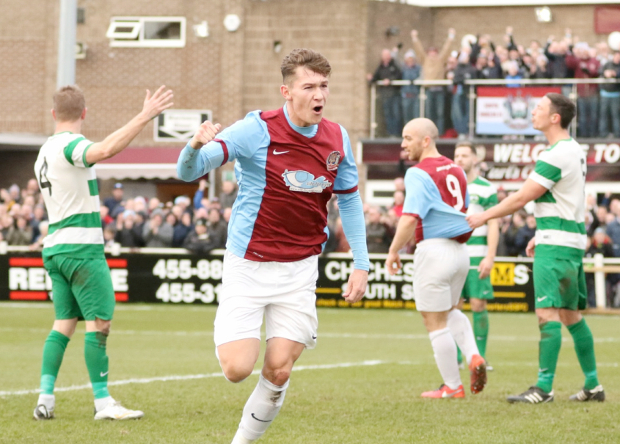 The former Southampton trainee captained all-conquering Hartley Wintney to a second straight Combined Counties League title, scoring no fewer than 50 goals and forming an unstoppable striker partnership with the equally-talented Ross Cook.The 25-year-old is currently in his second spell with the Hampshire club following previous spells at Whitchurch United and Basingstoke Town and is ready to lead Hartley into their first season at Step 4 level in the Southern League Central.

The diminutive striker spent the season on loan at Salisbury from Sutton United and led the Whites’ charge to promotion in Southern League South & West with 39 league goals, seeing him win the Golden Boot. Unfortunately, it wasn’t quite enough to see Steve Claridge’s men over the line as they lost out to Tiverton Town in the play-off final, but Wright can head back to Sutton with his head held high, leaving U’s boss Paul Doswell with plenty to ponder. Claridge is hoping to bring Wright back for a second season at the Ray Mac, if he does, then huge success will surely follow.

The free-scoring striker led South Park to eighth place in Ryman South – the highest position in the club’s history as well as a historic FA Trophy tie with Tranmere Rovers in which he scored a memorable goal in a 4-1 defeat at Prenton Park.With 32 goals to his name, he was just edged out by Corinthian-Casuals’ Shaun Okojie in the Ryman South scoring charts but will be looking to finally claim the Golden Boot this time round.

Thirty-six goals from the ‘No.10 position’ is an impressive return for the 19-year-old as Church finally sealed promotion to Step 4 by winning the Midland Premier Division. Already a firm fans’ favourite at Lye Meadow, March, the club’s Player of the Year, left Halesowen Town boss John Hill “flabbergasted” by turning down the Evo-Stik NPL Premier club’s advances to stay with the Worcestershire side but just how long until an offer he can’t resist comes along?

On the periphery of the first team for much of the season, the 18-year-old wonderkid gave rise to his talent in the play-off semi-final against Stocksbridge Park Steels when, with the tie in the balance at 2-2 deep into extra time, the youngster climbed off the bench to win the game for the Tulips with a finish befitting of a seasoned pro. Given how highly they rate the teeanger, it was no surprise to manager Chris Rawlinson or the home supporters and with the Tulips subjected to another season in NPL Division One South after losing the play-off final to Witton Albion, Lockie will surely get more opportunity to show his undoubted talent.

Still only 21, Wing was named runner-up in the Northern League Player of the Year in 2015-16 after scoring 22 goals from midfield in his first season at Shildon since signing from Seaham Red Star. And he just got better and better this term, smashing 35 league goals to help fuel Shildon’s title charge, finishing fourth to the all-conquering South Shields, North Shields and Morpeth.But, with it all to play for in the Northern League next season, Shildon will be looking to Wing to get another title challenge off the ground.

The Hampshire club were naturally keen to keep their secret weapon under wraps but that was soon scuppered when, at the age of 16, he smashed a 40-yard effort into the top corner in an FA Cup derby clash with Hartley Wintney last season.With that, scouts from a number of top clubs such as Wolverhampton Wanderers and AFC Bournemouth came flocking to Calthorpe Park to see this young centre midfielder in action. Toye is one of a number of top youngsters at the north Hampshire club but with finances tight, it’ll be interesting to see how long they can fend off the attention of the big boys. 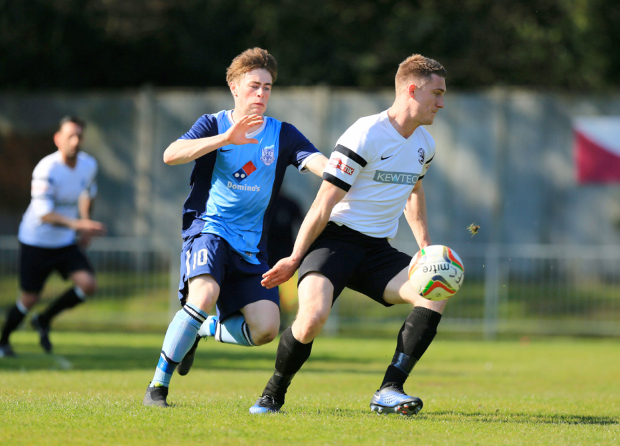 At 27, it’s fair to say Cairns no longer falls into the ‘Young Gun’ category at Runcorn but his goalscoring record this season could simply not be ignored. Fifty-two goals in 41 appearances was a huge reason why Town finished third in the North West Counties Premier table, pipping rivals Runcorn Linnets but still a way behind champions Atherton Collieries. Expect Cairns to come back firing next season.

Joined Greenwich Borough from fellow Ryman South side Walton Casuals and became an instant hit with the home faithful with his pace, control and fearless running from wide areas.The 21-year-old made 25 National League appearances for Welling United but lost his way in brief spells at Kingstonian and VCD Athletic. Now,het appears to have finally settled down and is ready to lead Greenwich’s title bid after missing out in the play-offs last term.