Posted on 20th June 2017 by admin in Isthmian Leagues, Step 5 and below with 0 Comments 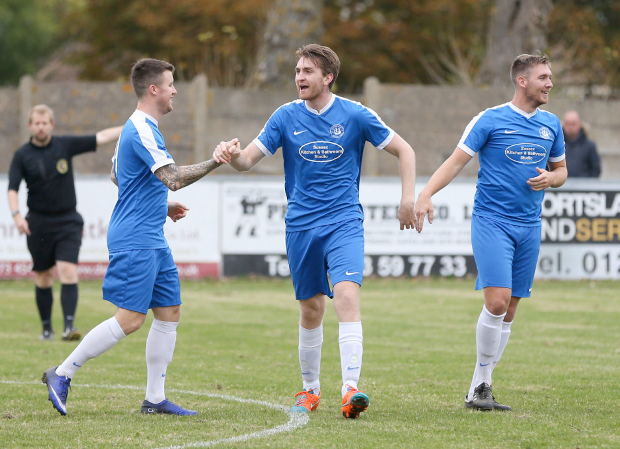 SHOREHAM have been promoted to Step 4 for the first time in their history after Haywards Heath Town were stripped of the Southern Combination championship.

At an FA appeal hearing at Wembley on Thursday, Haywards Heath failed in their bid to have a nine-point deduction for fielding an ineligible player overturned.

The club, who have been moved down to second place, had been charged with playing striker Melford Simpson while he was under a sine die suspension for an unpaid London FA £10 fine incurred at a previous club.

Disappointed Haywards Heath club officials said that they carried out checks on the player before he appeared for them, and found nothing untoward. The issue about the unpaid fine only surfaced later, it was claimed.

A club statement said: “We now await the full documentation from the FA with the reasons for upholding the ruling made by the league.

“The club chose to appeal the punishment handed to us, especially because the original FA hearing held at the Sussex FA headquarters saw the club warned about their future conduct – the minimum punishment possible – this due to all the mitigating circumstances.

“Although it was not the decision we were hoping for, manager Shaun Saunders can now begin the task of adding to the existing squad as we look ahead to what will hopefully be another table-topping season.

“The club would also like to wish Shoreham all the best in the Isthmian League South next season and hope that they too can catch up from the time lost as this situation dragged on far too long for everyone concerned.”

After the hearing, the club also posted on Twitter: “Big warnings to every club to check every player before every game as the system does not work or help hard-working volunteers in any way.”

Shoreham chairman Stuart Slaney said: “This has been something that has gone on for almost two months. The correct decision has been reached in the end.

“I wish Haywards Heath all the best for next season and hope to meet them in the Isthmian League the season after next.”

It is Shoreham’s fourth championship in the top flight of the league, formerly the Sussex County League, but their first-ever promotion to Step 4.

The Musselmen have just signed a two-year deal with Sussex Kitchen & Bathroom Studio to act as main sponsors.

Haywards Heath are now the third club to be stripped of a title this season for similar reasons.

A late points deduction cost Moneyfields the Sydenhams Wessex Premier championship, although they have still been promoted to Step 4 as they ended up in second placed behind Portland United.

In the Midland League, Division Two champions Droitwich Spa were demoted to third place for fielding an ineligible player, with the title being handed to Paget Rangers.