Posted on 11th November 2019 by admin in Isthmian Leagues, Latest News with 0 Comments 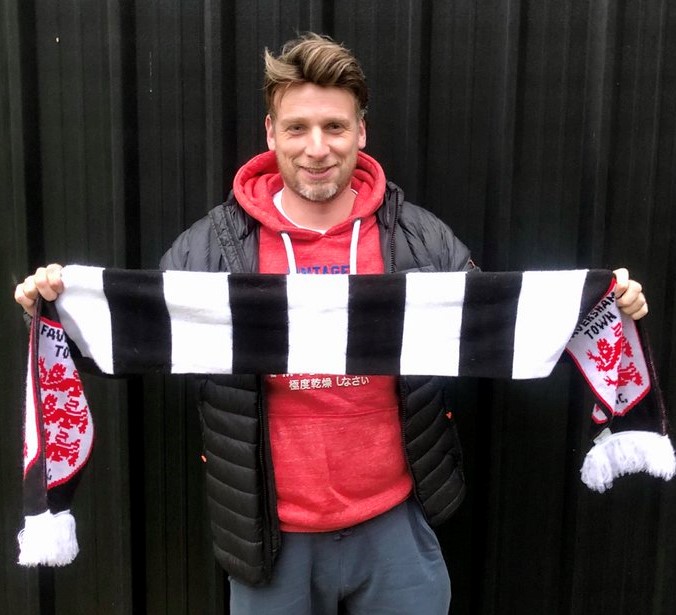 New Faversham Town manager James Collins is getting ready to take charge of the BetVictor Isthmian League’s Lilywhites for the first time on Tuesday night after watching from the stands at the weekend as they beat East Grinstead Town 1-0.

The former Chatham and Cray Valley boss will take to the touchline at Phoenix Sports in Isthmian League South East after succeeding joint managers Phil Miles and Danny Chapman.

Ex-Lilywhite Nick Davis has been appointed as his number two and Brad Sandeman as first team coach.

He took up the reigns as caretaker again following their exit in the wake of 1-0 defeat in the Velocity Trophy, the Isthmian League’s cup competition.

The highly regarded Collins stood down at Chatham at the end of September after almost two years in charge with his side at the top of the Southern Counties East Premier Division table.

Last season he masterminded a cup double with the Chats adding the Kent Senior Trophy and Southern Counties East League Challenge Cup to the trophy cabinet at Maidstone Road.

The Lilywhite host Three Bridges on Saturday and Collins told Faversham’s website: “I’m excited to be at the club and can’t wait to get started.

“I’ve devoted a great deal of time to the game, and will work tirelessly to progress the club on and off the pitch. I spend my spare time watching football and have built up a network of contacts and players.

“I consider myself to be a very hardworking, ambitious manager and believe I am a good man-manager and motivator. I also like to play attractive attacking football and have always built teams with an eye on the future and within any restraints given.”

Collins, who beat more than 20 applicants to the post, added: “I was looking for an ambitious club that matches my own ambitions, so that we can progress together over the coming years, and I believe the future here can be a very exciting one.”

Faversham chairman Paul Bennett said: “We’d like to welcome James, Nick and Brad to the club and look forward to working with them.

“James has had a successful couple of years at Chatham Town and is exactly the sort of progressive manager that we want at the club. He’s as ambitious as we are as a club, and we were impressed by the plans he has to take the club forward.”

He added: “Nick is a former player here who has managed at this level himself and brings a wealth of experience and contacts to the club.”