Posted on 15th November 2019 by admin in Isthmian Leagues, Latest News with 0 Comments 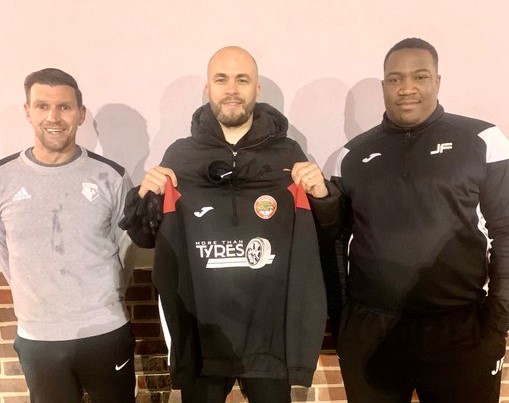 Dynan was named as the successor to Jay Lovett at the Sparks on Thursday after he stood down last weekend to take the helm at Isthmian League rivals Burgess Hill Town.

“Martin joins the club with the team in 12th-place in the table and Martin is excited at the opportunity to build on the promising start the club has made this season and he looks to continue the club’s progression. We wish Martin every success.”

Dynan left Bridges in February, ten months after stepping into the hot-seat at Jubilee Field. Previously number two to Paul Faili, as assistant manager he helped Bridges earn promotion back to the Isthmian League from the Southern Combination Premier League.

The new Sparks boss, who played for a number of clubs including Bridges, Farnborough and Walton Casuals, has named former Lewisham Borough manager Justin Fevrier as his assistant manager.

Fevrier was sacked by Lewisham Borough on Monday with the side sitting in seventh-place in the Southern Counties East Football League First Division table.

Former Plymouth, Brentford and Crawley Town defender Lovett, 41, kicked of his managerial career at the Sparks and was at the helm for 12 months before leaving to succeed Simon Wormull at the Isthmian League South East Division’s Hillians.