Posted on 25th November 2019 by admin in Isthmian Leagues, Latest News with 0 Comments 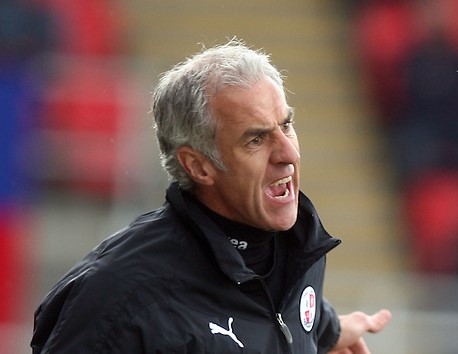 We are delighted to announce the appointment of ex-@crawleytown manager Craig Brewster as our new director of football!

Horsham CEO John Lines told the Hornets website: “Craig’s appointment as director of football at Horsham Football Club serves to underline our commitment to football in the community.

“He has wide professional experience in coaching, in management and with youth football and we are fully confident that his input will benefit the club throughout the entire spectrum of our set-up.

“It is a fantastic opportunity for Horsham to have someone with Craig’s qualities and experience on board to look at what we can offer to youngsters and our more experienced players alike.

“Our greatest wish is to bring young local players through our youth ranks into our senior set-up and Craig has the energy, enthusiasm and professional experience to help our established coaches do just that.  I am looking forward to working with him.”

Under Di Paolo, the Hornets have been thriving since bouncing straight back from relegation in 2015 and Brewster told fans he was honoured to be on board.

“I’m very honoured to be given this exciting opportunity to become director of football at Horsham Football Club,” said Brewster who lives locally.

“I’m really looking forward to working closely with everyone at the club from the board of directors to the first team, U23’s, all the youth teams and all staff members.

“It’s an exciting project for myself to use my wealth of knowledge and experience I’ve gained throughout my long professional career to help provide a pathway for those exciting young players to make that journey into the Horsham FC first team or even onto the next level in a professional career.

“Having been in and around the club recently, I’m enthused to see the potential the club and the facility has to offer the local community and look forward to helping contribute to further success.”

As a forward, the 52-year-old Brewster made more than 700 appearances, scoring 296 goals for a host of Scottish clubs including Raith Rovers, Dundee United, Hibernian, Dunfermline Athletic, Inverness Caledonian Thistle and Aberdeen.  He also played in Greece for Ionikos.

Famously, the 52-year-old scored the winning goal in Dundee United’s 1-0 win over Rangers in the Scottish Cup Final in 1994.

He moved to the touchlines in 2007 after hanging up his playing boots, coaching and managing Inverness CT and Dundee United before joining Steve Evans at Crawley in 2011 and winning promotion into the Football League.

Brewster later helped Steve Coppell guide the Reds to promotion from League One. Since then, he’s worked at Brighton, Eastbourne Borough and Whitehawk and also helped Plymouth win promotion to League One.