Posted on 31st December 2019 by admin in Isthmian Leagues, Latest News with 0 Comments 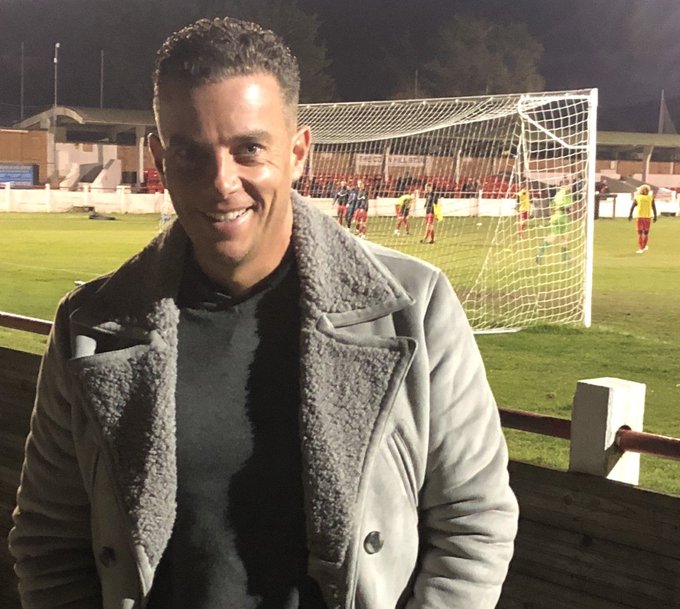 Matt Longhurst was unveiled as the new manager of Ramsgate on Monday night, less than three weeks after his sacking by East Grinstead Town after four years at the helm.

The former Erith & Belvedere and Corinthian boss, pictured, was appointed by the BetVictor Isthmian League’s Rams a day after the departure of their management trio Jason Lillis, Terry Sedge and Joe Radford.

He will take charge for the first time on Saturday when the second from bottom Rams host VCD Athletic at Southwood before heading to Isthmian League’s South East Division league leaders Hastings United a week later on January 11.

Longhurst – who will be assisted by Liam Taylor and former U23 manager Seb Tidey – was hailed Ramsgate chairman James Lawson as the “standout” candidate among a number of “fantastic applications” in a club statement announcing his appointment.

Lawson told supporters: “In just a short space of time we have had a number of fantastic applications, many of which were from the top echelons of Thanet football who have been galvanised by our drive to promote young local footballers.

“I will speak to them all in the coming days and extend an invitation to become part of our set up. It’s talented local people like these that will help us achieve our long-term goal of helping young players in this area become the best footballers that they can be.

“In the immediate term, we are in a relegation battle and are in a position to move quickly having conducted an extensive recruitment process just a couple of months ago in which Matt was a standout candidate.

“Not only does he support our long-term goals, but more importantly he knows this league extensively. We represent an opportunity to apply his skills to a club with greater resources than he has previously worked with.

“I was delighted when Matt highlighted that he felt it was important that we install a coaching team around him from the local area. There are very few people who know local players better than A-License coach Seb Tidey – he has trained many of them for a number of years.

“Likewise, with Liam, until recently he was our U23 manager and has been instrumental in the development of a very talented group of local players.”

Paying tribute to their outgoing management trio, he added: “As a club we would also like to take this opportunity to thank Jason Lillis,Terry Sedge and Joe Radford.

“It should be recognised that Jason and his management team acted with professionalism and dignity throughout a time of transition at the club.

“There are always differences of opinion in football but the future at this club is exciting and it’s vital that we all unite behind our new management and support our team.”

Appointed in October 2015, Longhurst left the Wasps five points adrift at the bottom of the table with just five points on the board on December 12. They’d failed to win any of their first 14 league outings.

Longhurst – who stood down as Wasps boss in March 2017 to become assistant manager at Hastings United before returning within two weeks to retake the helm – guided East Grinstead to a 13th placed finish last season, the highest placing in their history.